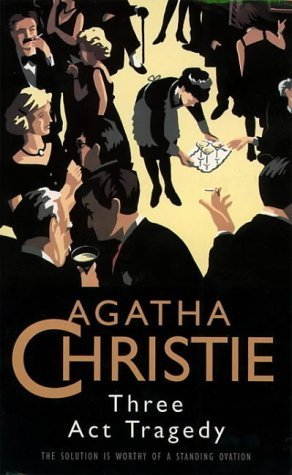 Read by Hugh Fraser the actor who portrays Captain Hastings in the TV series.

Three Act Tragedy is a work of detective fiction by Agatha Christie first published in the United States by Dodd, Mead and Company in 1934 under the title Murder in Three Acts and in the UK by the Collins Crime Club in January 1935 under Christie's original title. The US edition retailed at $2.00 and the UK edition at seven shillings and sixpence(7/6).

The book features Hercule Poirot, supported by his friend Mr Satterthwaite, and is the one book in which Satterthwaite collaborates with Poirot. Satterthwaite previously appeared in the stories featuring Harley Quin, in particular those collected in The Mysterious Mr Quin(1930). The novel was adapted for television twice, first in 1986 titled Murder in Three Acts, and again in 2010 as Three Act Tragedy.

Uploaded by Unknown on September 9, 2016