1986 Cassette • Songs Of The Indian Flute 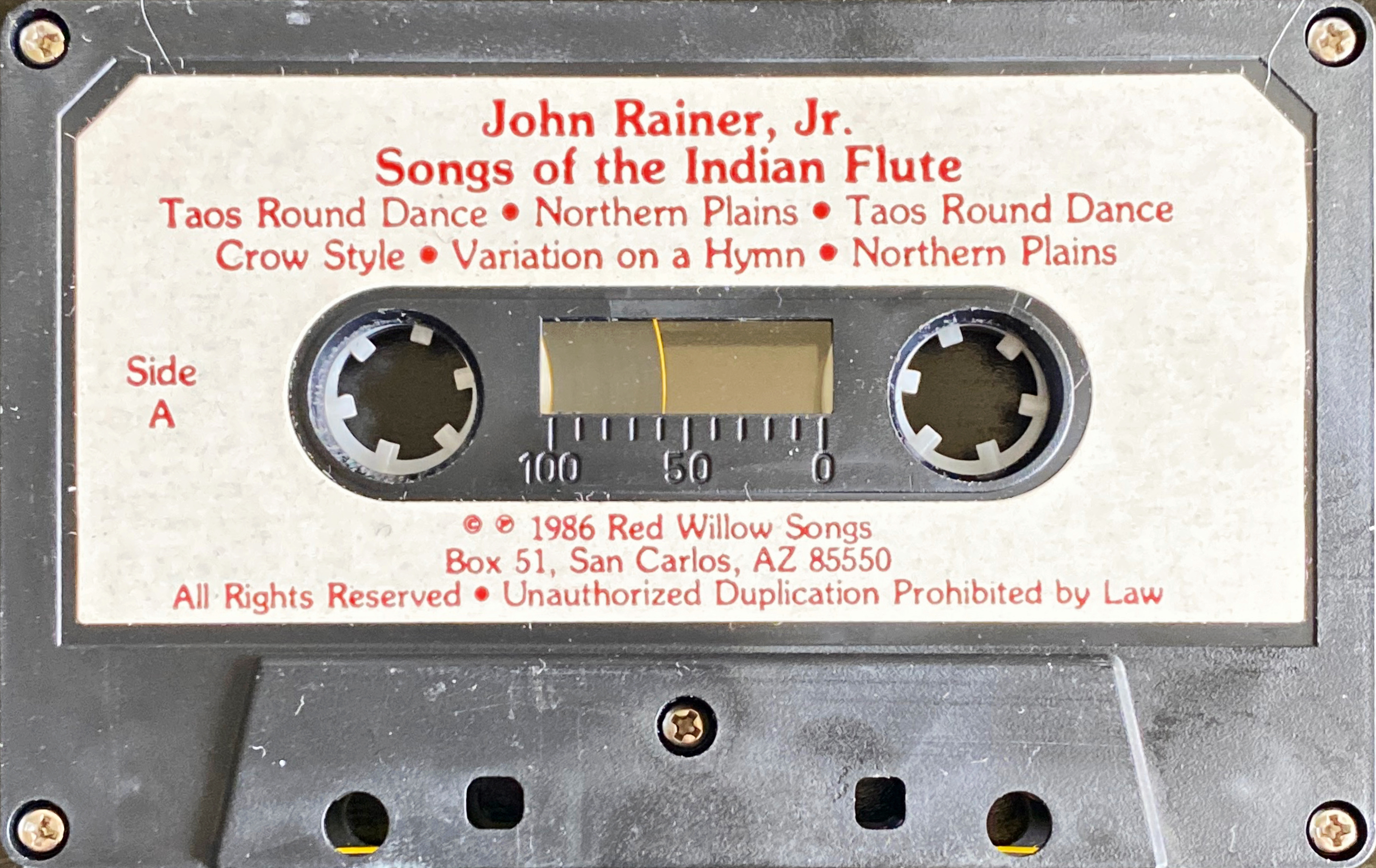 1986 Cassette • Songs Of The Indian Flute

by
The Vista Group®

1. Taos Round Dance Side sung at social gatherings at Taos Pueblo, in a circle around the drum. New Mexico, where men and women dance in a graceful motion 2 Northern Plains usually sung by groups (usually men) called "'drums.' 3. Taos Round Dance Indian World for Round Dance Songs. 4. Crow Style a popular song of Northern Plains origin Agency, Montana. Taos Pueblo is known throughout the church. a unique flute playing style with much use of grace notes and octave jumps, typical of the Crow Indians from Crow 5. Variation on a Hymn - based on a popular hymn in the Mormon 6. Northern Plains - another popular song sung by Northern Plains singing groups at inter-tribal gatherings called "Pow Wow," 5 where Indians gather to sing, dance and renew friendship.

1. Side 2 Sioux Traditional Song an older Northern Plains John Rainer, was favorite of Rainer's grandfather, Helario Reyna, who died a co song, which in 1968. Vocal rendition by the artist, his brother Howard and father John Sr. Mr. Rainer Jr. is a blend of two tribes Pueblo from his father and Creek from his mother, Wynema g Dayley, Chairman, Brigham Recording _ 2 ""Who Am I' - melody used by permission of the composer g Taos Carnes Burson and Lamanite Publishers Kirt Olsen from the Pageant, "*The Eagle's Bed. 3. Crow Style 4 Variations on Hymn John Maddox Scott Hunt laMON 9 Rainer Sherrie Everett women's choral background, Lillian 5. Red in the Rainbow - composed by the artist for his son David, whose Indian name given by his great-grandmother, Crucita Reyna, is Red in the Rainbow 6. Dusk at Taos Pueblo Guitar by Tom Chow. Willows (name the Taos Indians call themselves) heard songs of the flute played by the stream above the Pueblo. With the st hat kenound air snermeni e ol0 Young AlISJ9^U0 Music Dept. Sincere appreciation become of the past. at the end of day, the people of Red passing of those men who played the flute, this tradition has

Reviewer: Nathan Arizona - favoritefavoritefavoritefavoritefavorite - December 21, 2020
Subject: John Ranier, Jr. Is An Essential Native Artist!
This album has been with me for decades and as a cultural enthusiast and Native American Rights activist who is non-indigenous, I've been collecting Native music for years. This is one of the most fundamental albums ever to be created!