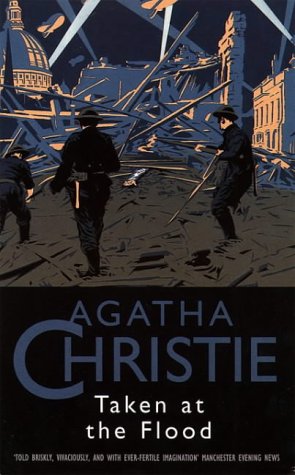 When Rosaleen Cloade comes to sleepy Warmsley Vale to collect on her
late spouse’s sizable inheritance, the Cloade family — who all rely
in various ways on the funds from their dear departed Uncle Gordon —
have other plans for the money.
This classic Christie, originally published as THERE IS A TIDE, opens
with Hercule Poirot in a London club, where he overhears a story that
later helps to sort out a tangled murder case. Hugh Fraser, known to
PBS "Mystery" fans in the role of Poirot's sidekick, Captain Hastings,
is elegant in the voices of the gentry--sowing bewilderment and an undercurrent of guilt to keep readers wondering to the end just who may be the villains.
Fraser is equally deft in portraying the village folk and the Irish
gate-crashers who married into the Cloade family and won the family
fortune when a bomb in the London Blitz killed patriarch Gordon Cloade.