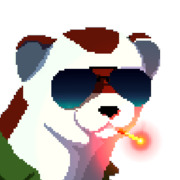 Single album Keegi by Soviet-Estonian soul disco band Elektra . The audio was recorded in October of 1981, but not released until 2014 after being acquired by the Frotee company. The single was only released on 7", 33⅓ RPM vinyl. A1. Keegi (Someone) 4:48 B1. Meid Kaasa Muusika Viib (Music Takes Us Along) 5:05 These mp3 audio files are sampled at 48,000 Hertz with a bitrate of 320 kilobytes per second. "During the Soviet regime, many musicians who were influenced by Western music...
Topics: Elektra, Keegi, Meid Kaasa Muusika Viib, Estonia, Eesti, Music, Muusika, Disco, Disko, Soul, Hing,...

A collection of anasheed produced by the Islamic State/ISIS' various media foundations, including Al Hayat Media Center, Asedaa Foundation for Audio Production, Furat Media, and Ajnad Foundation for Media Production. All files have embedded album art and are tagged with their titles and producers in english.If any of the files are mistranslated or have the wrong album art, please comment with a correction. Most of these files are 320kbps. If you think you have a higher quality one, please...
favoritefavoritefavoritefavorite ( 23 reviews )
Topics: Islamic State, ISIS, ISIL, Al Hayat, Ajnad, Asedaa, Asda, Nasheed, Anasheed, Syria, Iraq, English,...