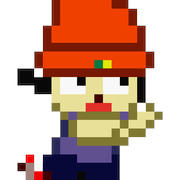 Hello and welcome to my archive page.
This is where I archive stuff like Cassette Tapes, FM Radio Recordings, and much more.

On February 5-6 2022 I'm estimating, I was making a long radio broadcast recording from 104.3 WOMC FM onto my old laptop, and when I was checking through the recording after I was finished, I found this Emergency Alert System Test during one of the commercial breaks. There are absolutely NO TONES in this one which is pretty rare considering that most EAS Tests have valid tones in them. I still have the full recording of this radio broadcast containing this EAS Test on my old laptop's hard...
Topics: WOMC, Detroit, Radio, FM, Aircheck, Emergency Alert System

Various Cassette Tapes
Stuff I Recorded From The Radio
May 9, 2022
audio

On October 23, 2018, I learnt about cassette tapes at my grade school that I went to. And a few days later, my RISE Class Teacher rewarded me with a Maxell 60 Minute Blank Tape to experiment with. And I was able to record music on the tape with one of those cassette tape recorders that the school had. Later in around November 2018, I was in a meeting with two of my EAs talking about my behavior in school in the conference room. And one of my EAs in the meeting gave me two options of three...
Topics: WDZH, WNIC, Detroit, FM, Aircheck, cassette, cassette rip

A long time ago back in 2020, I was at the Society Shoppe in Harrow finding some rare and obscure items. And when I was there, I glanced at the shelf and found a mysterious unlabeled cassette tape for 75 cents. The tape was in a Maxell Case, and the tape was from Memorex. So I knew I had to purchase it and see what was on the tape. The previous owner of this tape is anonymous to this day, but this tape has some interesting things on it. Tape Contents Side A: Dru Hill - How Deep Is Your Love...
favoritefavoritefavorite ( 1 reviews )
Topics: Hip Hop/Rap, FM, cassette, cassette rip

This is a small collection of Namco Hometek Production CDs that were backed up by former Namco 3D Artist; Bernie Bernstone. These CDs were made during production of the cancelled Pac-Man Ghost Zone for the Sony PlayStation, and the cancelled PC port of Cyber Sled. Disc Contents NAMCO: This disc contains some Art Assets, Model Renders, and Concept Art for the cancelled Pac-Man Ghost Zone game for the Sony PlayStation. e3demo: This disc contains the E3 Demonstration Video used at E3 1997 in it's...
Topics: Pac-Man, Cyber Sled, Namco, Namco Hometek, Ghost Zone, Unreleased, Sony Playstation, PSX, PC,...

A video demonstration prototype of the unreleased Pac-Man Ghost Zone for the Sony PlayStation. This is a short video demonstration prototype of the game that features a variety of clips showing the game in action, and the opening cinematic. This build matches the demo used at E3 1997. Pressing START , X , or L3 skips the videos and restarts the demo. L70S00.VB contains 3 unused sounds that would have been used in this demo, but these sounds can be heard in some other E3 footage on the game....
Topics: Pac-Man, Namco, Namco Hometek, Ghost Zone, Unreleased, Sony Playstation, PSX, Prototype, E3