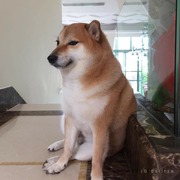 Hans Epp is a self-destructive man who lives a dissatisfied life. He tries to find meaning as a fruit vendor, but a heart attack impedes his ability to work, which turns his dissatisfaction into despair.
Topics: Rainer Werner Fassbinder, new german cinema, german film, 1970s, 1972, Hans Hirschmüller, Irm...

BD RIP AND HD VERSION NOW IN HD ADULTS ONLY! 18+ WARNING: GRAPHIC CONTENT, GRAPHIC FOOTAGE OF A MEAT RABBIT BEING SLAUGHTERED, DEPICTIONS OF ANIMAL CRUELTY(THE CAT WAS A PROP. NO ACTUAL CATS WERE HARMED IN THE MOVIE), NUDITY, GRAPHIC VIOLENCE, DISTURBING SUBJECT MATTER!   CLICK OFF THE VIDEO IF THESE BOTHER OR DISTURB YOU! VIEWER DISCRETION IS STRONGLY ADVISED! Plot:  A street sweeper who cleans up after grisly accidents brings home a full corpse for him and his wife to enjoy sexually, but...
favoritefavorite ( 1 reviews )
Topics: Jorg Buttgereit, grindhouse film, exploitation film, transgressive film, shock film, german cinema,...

A lonely widow meets a much younger Arab worker in a bar during a rainstorm. They fall in love, to their own surprise and to the outright shock of their families, colleagues, and drinking buddies.
Topics: Rainer Werner Fassbinder, 1970s, new german cinema, german cinema, german film, Marquard Bohm,...

FOR ADULTS ONLY!18+ Original German Title:  Alle Kätzchen naschen gern Plot: An Earl and a Colonel both claim ownership of the same castle (including one manservant) by dividing it up with a red line. They bet each other that the first man to bed a local virgin of his choice gets to keep the castle.
Topics: 60s, 1969, sex comedy, adults only, 18+, Sieghardt Rupp, Ernst Stankovski, Edwige Fenech, Helen...