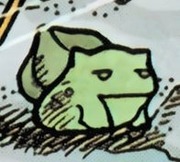 From a collection of tapes recorded by a family in the mid-1990s. Primarily rap music videos from MTV and other related channels. Second half of the tape was most of the movie Communion [1989], recorded off of the channel Showtime. Includes commercials. Recorded using a Hauppage USB-Live2 610 and a JVC SR-VS30.
Topics: VHS Tapes, MTV, VHS Recordings, VH1, NWA, Communion, Christopher Walken, Guns n Roses