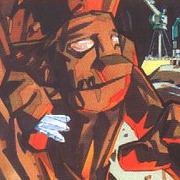 A collection of releases of the simulation/roguelike video game&nbsp; Dwarf Fortress . Developed by brothers Tarn and Zach Adams, the game was first publicly released in 2006 and is still in development as of 2022. These files have been mirrored from the&nbsp; Bay 12 Games &nbsp;website in case older versions are ever removed or the website goes down.
Topics: Dwarf Fortress, Bay 12 Games, Tarn Adams, Toady One, Zach Adams, ThreeToe

A collection of LEGO magazines and newsletters from multiple countries dating back to the 1970's, many of which were sent to members of the LEGO Club. The magazines include LEGO-related news, advertisements, comics, and contests, as well as creations built by readers. This collection currently contains 464 separate issues spanning 14 different titles in 7 languages from 12 countries, plus extra copies using different scans and additional material like comic books and promotional booklets.
Topics: LEGO, magazine, LEGO Club, LEGO magazines, comics, toys