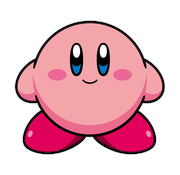 The New Yogi Bear Show (also known as Hanna-Barbera's Yogi Bear Show ) is an American animated television series and the sixth incarnation of the Yogi Bear franchise produced by Hanna-Barbera Productions that aired in syndication from September 12 to November 11, 1988, containing forty-five new episodes combined with reruns of the original 1961 series. Paired down from some of the other versions (the all-star cartoons with Huckleberry Hound and Quick Draw McGraw as such), this series featured...
Topics: Warner Bros., Hanna-Barbera

Scooby-Doo! and the Reluctant Werewolf is a 1988 animated made-for-television film produced by Hanna-Barbera Productions for syndication as part of the Hanna-Barbera Superstars 10 series. It marked Scrappy-Doo's last appearance as a protagonist in the Scooby-Doo franchise to date; he would not appear in Scooby-Doo productions again the live-action movie film in 2002, where he became the main antagonist. It is also the last appearance of Shaggy's outfit from The 13 Ghosts of Scooby-Doo until...
Topics: Warner Bros., Hanna-Barbera