Clip #9146 begins in 1961 with a visit to the Wildwood, New Jersey Boardwalk, part of the Jersey Shores. Even though it seems to be summer, there aren’t many people around. At approx. 00:32, a shot from the roadside gradually zooms in toward a Navy ship docked in the distance. At 00:43 family members head to the beach. A shot of a long empty stretch of seashore pans to a couple combing the sand. 01:22, camera pan from houses with lighthouse in the distance to ocean shore. At approx.. 01:40, man sits at end of dilapidated pier, wife Virginia and daughter, Virginia, walk along pier. Around 01:55 a boat cruises on the sunlit water. Approx. 01:59 a rock hits the water. Approx. 2:11 wife, Virginia and daughter, Virginia walk on the beach toward the water. 2:07, shot from the beach of a boat cruising by on the ocean. At around 02:56, back at home in Northfield, New Jersey, Arthur’s sons demonstrate their yo-yo skills in their living room. At 03:25, shot of son reflected in mirror with yo-yo, television on in the background. Camera pans to kids in the living room. Daughter, Virginia runs toward camera. At approx. 03:50, wife, Virginia enters living room and seems to be “acting” as though she’s scolding the children, laughs and waves toward the camera. At around 04:18, nighttime on the boardwalk showing amusement rides with spinning cars, a ride named, The “Calypso” with its neon sign. At approx.. 05:20, there is a dark shot of a baby in a jumper. At about 05:44, a baby lies on a midcentury style sofa. At around 07:10, daughter Virginia sits on sofa with baby. At approx. 07:26, an Atlantic City storm is captured along the ocean shore. Sign reads “No Persons Allowed on Beach…” rising waves crash onto the beach. Person in the distance walks along the shore. A few people walk in wade in the water. Large pier in the background. At 08:31 kids ride bikes in suburban neighborhood during visit to Delaware. Children play in yard and around 1950s automobile. Wife Virginia emerges from inside house, touches flowers in yard, smiles to camera. At about 10:24, a caged bear and other animals at a zoo/animal park with extended family. Kids play in wooded park. Kids play by river with adults. At approx. 13:04, a airplane is parked in front of fence, reads, “Fly Eastern Airlines” on the side of plane. Plans propellers begin to turn, takes off, possibly out of Delaware. People are standing close to the tarmac. Plane pulls out toward runway. Various shots of commercial and private planes on tarmac and taking off, helicopter in the air and landing. Around 15:35 kids on swing set, 1960s automobiles behind them. Daughter Virginia and son cruises down slide and plays on teeter totter. Boys walk around front yard of suburban street. 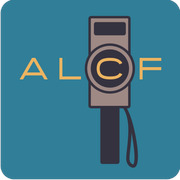