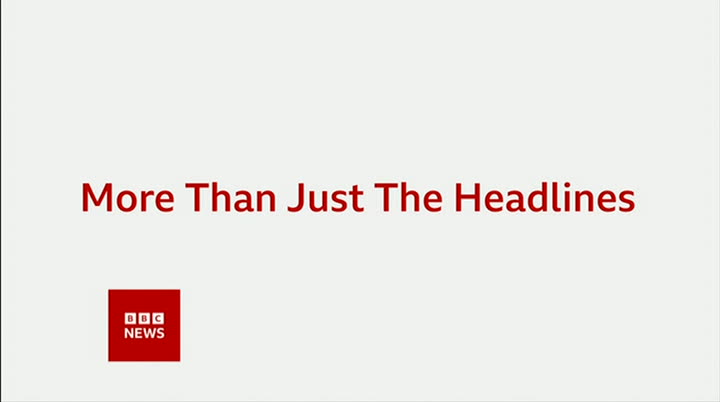 this is bbc news. the headlines — russia's president putin says ukrainian fighters still holding out in mariupol�*s steel plant must surrender. it's thought 200 civilians are trapped there in hellish conditions. a new convoy is heading to the plant to try to evacuate them. israel's prime minister says vladimir putin has apologised for comments made by his foreign minister, who suggested hitler had jewish blood. sergei lavrov�*s words sparked outrage in israel. at least three people are reported to have been killed and a fourth critically injured in an attack in the central israeli city of elad. reports say police believe
11:31 pm

it was a terror attack. the incident comes as israelis have been celebrating independence day. the bank of england is forecasting that the british economy is likely to shrink over the next year and inflation will exceed io%. the bank has raised interest rates to i%, but warned monetary policy will not be able to control soaring costs in the short term. earlier, i spoke to yael selfin, chief economist for the global accountancy firm kpmg. i started by asking her to return to the basics and explain why the bank of england raised interest rates. in the last few months, inflation
11:32 pm 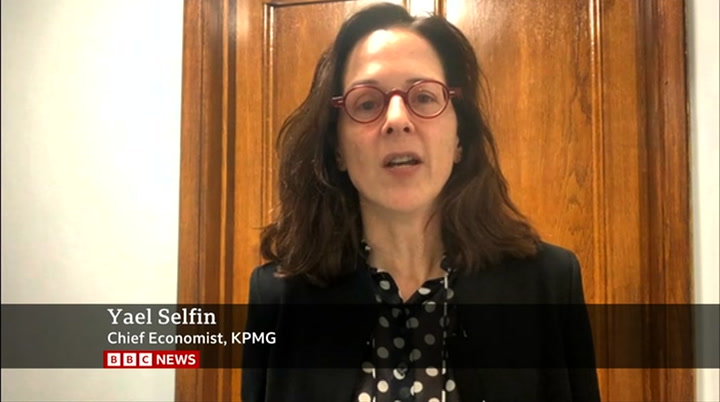 has been going up quite a lot. and it is still expected to go up further this year, and therefore the bank of england needs to act because inflation is way above its target of 2% and is likely to go even further. but realistically, they've gone up to 1% today, how long does it take for interest rate rises to change our patterns of spending and saving? that's a very good question because it normally takes at least 18 months for an increase in interest rates to impact on the actual real economy. and by that stage, we're probably expecting inflation to moderate anyway. so, there's a question as to how effective that increase is going to in terms of the real economy. but what it does do is potentially influence expectations, so
11:33 pm

people can see that the bank of england is serious about combating inflation, raising interest rates, and therefore they will act accordingly. is there an argument that if the bank raises them more quickly now, they won't ultimately have to raise them as high. sort of "a stitch in time saves nine" sort of argument. yes, absolutely, and this is partially what we've been hearing from the bank of england today, that it may be better to raise rates a little more quickly in the short term to try and stabilise inflation and try controlling inflation earlier so there will be less need to raise them later on. we're being told what the bank of england that inflation could peak at io%. does that figure sound about right to you? yes, it is probably what we are around likely to see in the summer and obviously there are risks around it and you could see inflation going up even further than that,
11:34 pm

for example the invasion by russia, and we see energy prices going up further. that's one of the risks. but also it is really important to know that we are expecting inflation to moderate quite significantly from next year onwards. so, why would that happen? well, essentially we've already seen the big rise in the cost of living in the cost of living crisis, for example. we are not expecting another big hike if all goes well in energy and commodity prices, so that will come out of the equation. is there, a final question, any other way of bringing inflation down apart from raising interest rates? well, i mean, to be fair, a lot of what we are seeing at the moment is down to an external shock that high interest rates can't actually influence. higher interest rates are not directly going to influence energy prices or the problem
11:35 pm 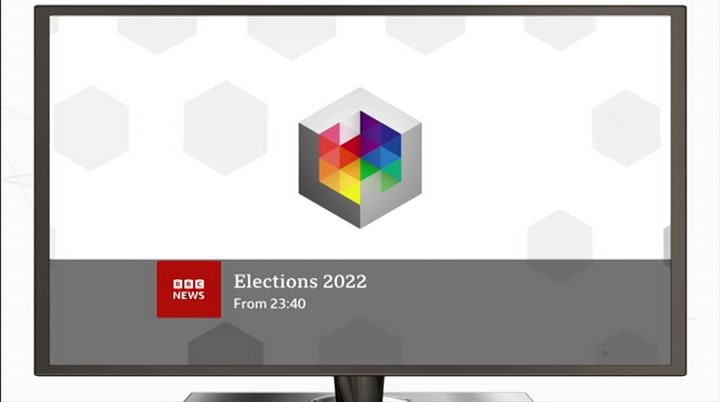 with supply chains. so, a lot of it is really managing expectations, so that inflation is not going to go out of control. and once we do get the initial increase in prices come out of this equation, we won't see further increases on the back of that. in a few minutes, wejoin huw edwards for special coverage of election 2022, bringing you all the results and developments as they happen. that starts at 11:40pm. the energy giant shell has announced record profits of more than £7 billion for the first quarter of this year. that's nearly three times the figure for the same period in 2021 as the cost of energy has sky rocketed. our business editor simon jack has that story. the same energy prices squeezing the economy are inflating profits
11:36 pm

at europe's biggest energy company. although shell had to write off the value of its russian assets, it has never made more cash in its long history than it did in the first three months of this year. shell made underlying profits of £7.2 billion in the first three months of this year alone. that's triple the amount they made in the same period last year. how come? well, the global price of oil, already high at the end of last year as the world economy emerged from its covid slumber, surged again on concerns the conflict in ukraine could see russian oil supplies disrupted or boycotted. similar story for gas — the price smashed records earlier this year. remember, russia is the world's biggest exporter of gas, and europe is its biggest customer. those global prices have been reflected on uk forecourts and in uk energy bills. so, what is shell going to do with all that money? well, in the first three months of the year, it gave over £4 billion to its shareholders,
11:37 pm 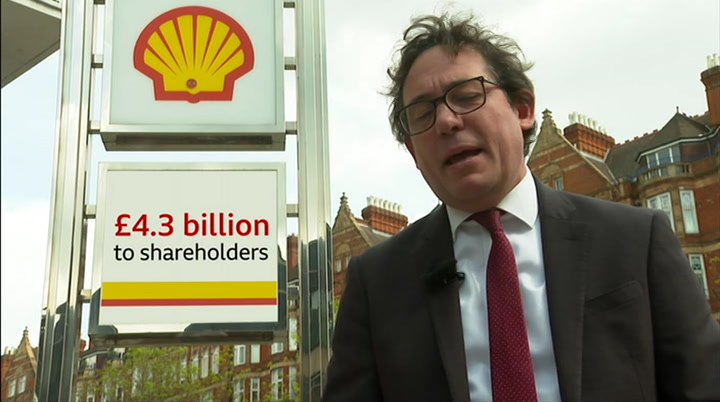 which, remember, includes millions of uk pension savers. but it's also promised to invest up to £25 billion in the uk over the next decade, mainly on renewables and low—carbon technology, but some new oil and gas to help improve the uk's future energy security. investment commitments like shell's and those made by rival bp this week are the main reason the government gives for resisting opposition party calls for a windfall tax on oil and gas profits to help tackle the cost of living crisis. simon jack, bbc news. spring has sprung early. in fact, over the decades it has moved forward by three weeks. a woodland study looking back to the 1940s has found great tip birds in wytham woods near oxford have been laying their eggs earlier than ever before. scientists, who have special permission to access their nests, are blaming climate change. our science correspondent victoria gill reports.
11:38 pm 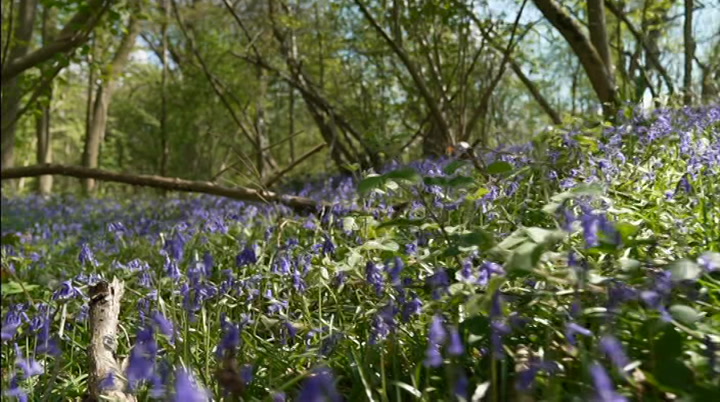 wytham woods near oxford, a very special site of scientific interest. this year marks the 75th anniversary of the wytham great tip project. scientists have systematically monitored every chick hatched in the nest boxes here since 1947, and we're about to meet the newest generation. wow, how many are there? eight, so that's a very standard size for a great tit. yeah. now, these parents have got a lot of work to do. they've got to find about 10,000 caterpillars for these. 10,000? to get them to fledge? yep. it's precisely because this has been a continuous study for all those decades that researchers have been able to see and to measure the change in the timing of spring here. the 75 years that we've been studying the tips here, we've seen quite a marked shift in the timing of egg laying. so, they're now laying about three weeks earlier. the tits here are actually managing
11:39 pm 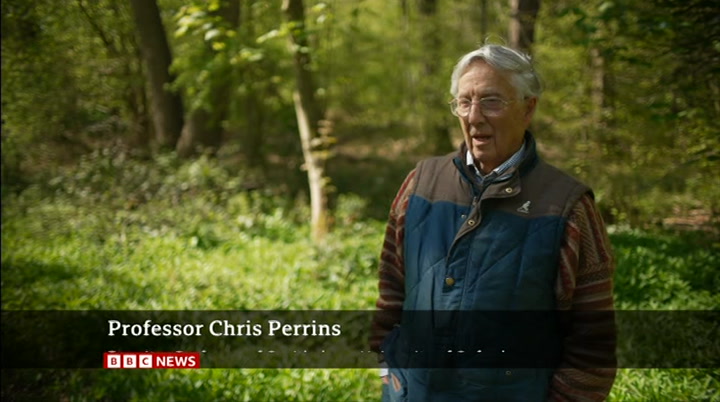 to track the other members of their food chain quite well. so, both the caterpillars and the eggs have also shifted their timing earlier. so, the whole sort of food chain has shifted earlier in spring. the woods were bequeathed to oxford university by a wealthy local family back in 1942. since then, they've been the site of dozens of different scientific projects. but the longest—running is the great tits study, which chris perrins has been involved in for more than half a century. what are your reflections on the seasonal shift? that's fine, unless it gets to limits where the trees or the caterpillars or the birds can't do that shift because it's too big. and that's still a question that... that's still a big question to answer, and a very interesting one. the work here goes on, and whenever spring happens, it's a busy season for the birds and the scientists, because as our climate changes, these rare, decades—long studies that track exactly how the natural world responds become more important as time goes on.
11:40 pm 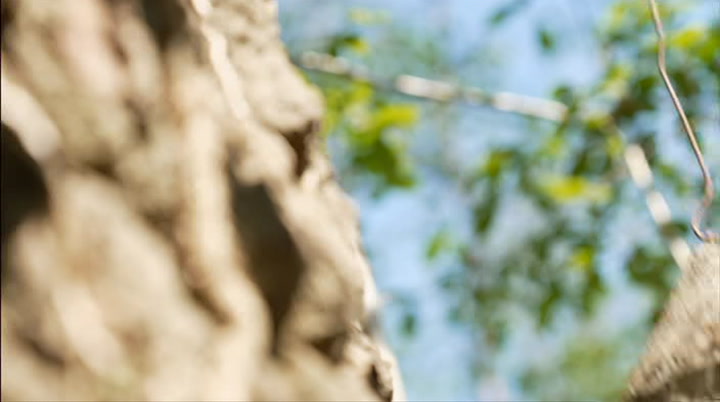 victoria gill, bbc news, wytham wood. in all four nations of the united kingdom the polling stations have been busy and soon we'll have the voters' verdict. it's the biggest test of public opinion before the next general election, so stay with us for the results. borisjohnson, voting in westminster today with the family dog dylan, has had a testing time with partygate, the war in ukraine, and the covid crisis, so does he still have the voters' trust? does he still have the winning touch? sir keir starmer, voting in north london today, became labour leader by promising to rebuild the party after the corbyn years. but last year's council elections were disappointing for labour. he needs a stronger showing this year.
11:41 pm

Twenty-four hours a day, the latest national and international stories as they break.