by
Mimi Rosenberg and Ken Nash

In a righteously angry collection of commentaries and essays, Mumia, an
acclaimed incarcerated author and intellectual asks: Have Black Lives Ever
Mattered? "Mumia Abu-Jamal's painstaking courage, truth-telling and
disinterest in avoiding the reality of American racial life is, as always,
honorable," says Alice Walker. In his new book Have Black Lives Ever
Mattered?, author and activist Mumia Abu-Jamal explores this question,
spanning from the late 1990s to 2017. Each essay explores the violence of
policing and the criminal legal system, whether from a historical perspective
or through the stories of people who have died by the hands of police. In the
first essay, "Hate Crimes," Mumia questions the legitimacy of the idea of hate
crimes, pointing out that police are never charged with a hate crime when they
brutalize and kill Black and Brown people. His essays discuss the murder of
Trayvon Martin by George Zimmerman, the killing of Tamir Rice by Cleveland,
Ohio, police officer Timothy Loehmann, and what the aftermath of these
slayings reveals about how the United States views Black people. His
conclusion is perfectly summed up in the first two lines of his October 2015
essay titled, "Tamir Rice of Cleveland" -- "Question: When is a child not a
child? Answer: When it's a Black child."

Listen to Mumia, himself as he spoke at his book launching about some of
the issues he engages with in "Have Black Lives Ever Mattered?", and
commentary about police violence and the Black Lives Matter (BLM)
movement. Youâll also hear then from one of the greatest African-
American authors and historians in the country, Dr. Gerald Horne, and
the extra-ordinary activist Pam Africa.:
***** ********
Please email Building Bridges if you are broadcasting our
National Edition. We'd like to have an accurate list of which
stations are airing Building Bridges. So please let us know!
knash@igc.org


Building Bridges is regularly broadcast live over WBAI,
99.5 FM in the N.Y.C Metropolitan area on Mondays from
7-8pm EST and is streamed, and archived cast at
www.wbai.org 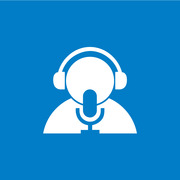 Uploaded by building bridges on December 29, 2017