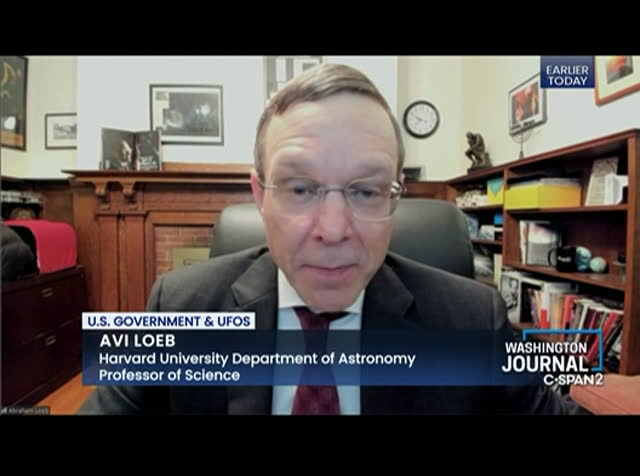 that recorded human history is only 10,000 years old. we don't know exactly what happened before them. it is only one million. let's be modest. we just arrived at the end. how dare we think that this is about us. we are not the main actors. let's try and find other actors and asked them what the play is about. host: he is the professor of science at harvard astronomy, and the author of a book called extraterrestrial, verse lines of
1:55 pm 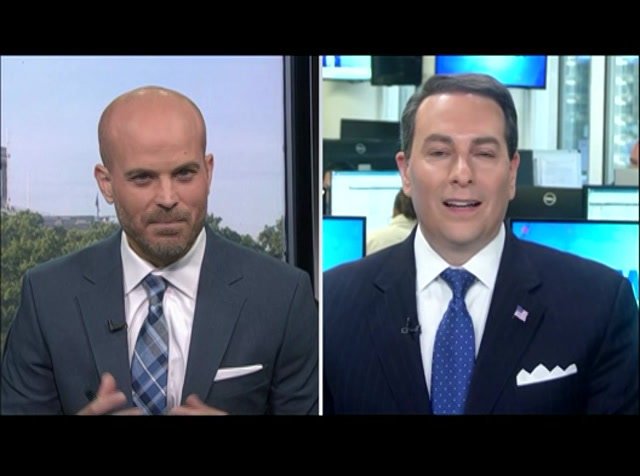 >> "washington journal" continues. host: next, tom basile joins us from newsmax headquarters in new york, joining us to talk about campaign 2022 after a couple of primaries. let's start in the keystone state. what did we learn about the states of the 2022 electorate from doug mastery on a's victory last night and the senate race that is still undecided? guest: the senate race that is still in automatic recount territory, the thing to know about that race, there is a lot of paper. i spoke to the secretary of state's office. as of yesterday, there were still 60,000 or 50,000 ballots that had yet to be received, the
1:56 pm 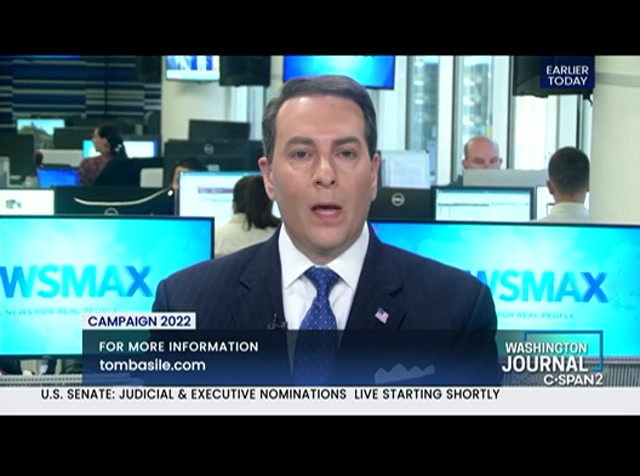 mail-in ballots. this is still anybody's ballgame between oz and mccormick. we know from talking to the mccormick camp that they have a pretty significant absentee ballot chase program to court those mail-in voters. while oz his upper right now, it could change over the next -- is up right now, it could change over the next few days. the big story of the night when it comes to the senate race was kathy barnett. she underperformed where some of her polling was but if you look at three key counties in the is there part of the state where oz is doing very well and those were the areas around philadelphia where he needed to do well, lancaster and montgomery, that is where kathy barnett is ahead in those three
1:57 pm 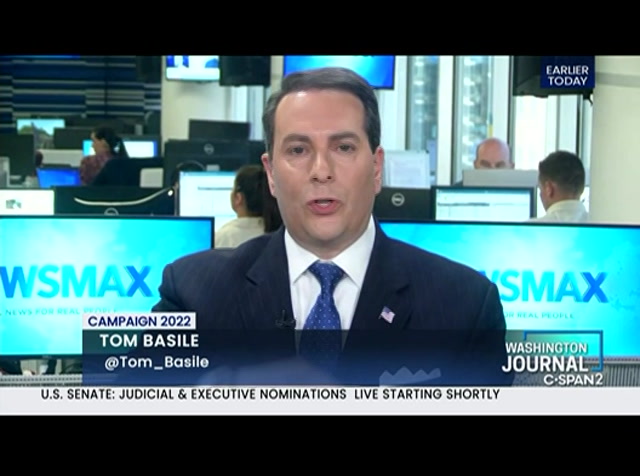 counties that ultimately could make up the difference. i think that she took more votes away from oz. it shows you tha and we saw this in ohio as well. when you have two campaigns, we are spending a lot of money. $60 million was spent on the race in pennsylvania so far. two campaigns that are in and in and nobody really breaks out. usually voters start looking for an alternative because there is a level of they are not quite comfortable with the two front runners. we saw that in ohio. we saw that with kathy barnett. and that is really what has upended this race and the reason why i think we are in this situation that we are in where we still do not have a winner. doug mastriano, a lot of folks
1:58 pm 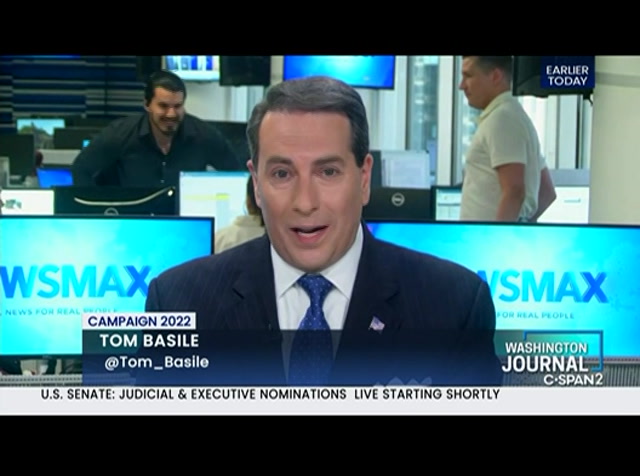 are nervous about this. a lot of money came into lou bar letta's race late in the game. i talked to folks in the game. shapiro is the attorney general of the state. he is daily popular. -- fairly popular. pennsylvania is a swing state. it is a very purple state. there are concerns about mastriano's electability. you have been following this long time. anything can happen, particularly when there is a lot of enthusiasm on one side. we are seeing a lot of enthusiasm on the republican side going into november. host: one of the threads we are following through these republican parties as we go through the heart of primary season is the power of a donald trump endorsement. their wrap up of last night's primary, this is how "the hill" put it appeared trump's
1:59 pm 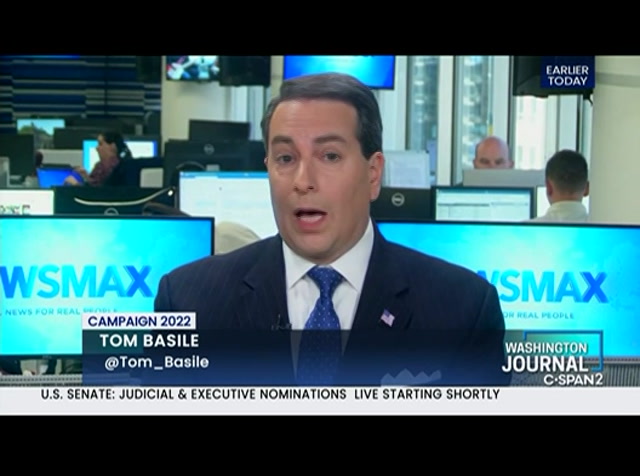 endorsement power remains in question. noting madison cawthorn, trump-endorsed candidate, a lot of contention in that race, losing his bid for reelection, becoming the second congressmen in the cycle to lose their bid for reelection in a primary. what is your take on the power of a trump-endorsed and right now in the republican party? guest: it clearly makes a difference and clearly matters. we have to be fair about a lot of the races he has gotten involved with. a lot of those candidates either had token oppositions or they were ahead before he endorsed or they were expected to win. in the cases where there have been marginal races, it is a boost. it does make a difference. i think there is a narrative on both the left and the right that trump has a stranglehold on republican primary voters. if you look at the most competitive races, i did not
2:00 pm 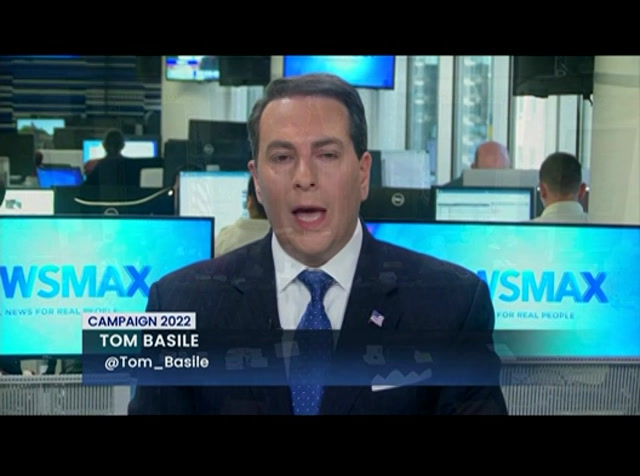 think that the numbers bear that out at the moment. take a look at ohio. j.d. vance did go because of trump's endorsement. he went from fourth to first and the won the primary. 65% of the republican primary voters did not vote for the trump backed candidate. we are seeing that right now in the state of pennsylvania. in idaho, we saw trump's candidate for lieutenant governor lose. i have
left
right
Borrow Program
tv

Newsmax TV Host Tom Basile discusses Campaign 2022 and other news of the day.