Shows home, work and school activities of a middleclass Japanese family. Conversations are reproduced and interpreted. The film presents daily life in the life of a middle class Japanese family. Their home, surroundings, living and sleeping quarters, furnishing, dress, customs, and manners are depicted, along with school and play experiences of the children and routine tasks of the parents. Following a visit to a nearby shrine, the family is studied at their evening meal and making preparartions for bed.

Appraisal. Excellent for showing the life of a Japanese family -- its home, clothing, food, school, customs, and religion. Should be useful in developing an understanding of Oriental culture, and in contrasting Oriental / Asian culture with our own.
The film centers about the experiences of two Japanese children in a family setting. It is simple, friendly, and covers a variety of aspects of Japanese life. The Japanese speech heard in the film adds to its effectiveness.
Photography and sound are excellent.

Contents. A visit with a Japanese family.
Fujiyama, the sacred mountain of Japan, is shown. On their way to school children walk through terraced rice and tea fields. In a fishing village children pass by boats and nets.
The Yamada family lives in an industrial area. Taro and his sister Yukiko put on their shoes as they get ready for school. Taro wears the schoolboy's uniform and Yukiko wears the standard dress for girls. Father finishes lacing his shoes. At the doorway the children and Father say "good-by" to Mother Yamada and start on their way. (The farewell greeting is recorded in Japanese.) They go down the street, past the post office where Taro mails a letter, to the railroad station where Father works. The children tell their father "good-by" and continue on their way to school.
It is almost time for school to start. At the door the children exchange greetings with the teachers. Shoes are removed and placed in cupboards near the door. Taro and Yukiko read when the teacher calls on them.
At the Yamada home the maid buys soybean curd from a street vendor. Mother arranges flowers and places them on the family's ancestral shrine. Grandmother watches the baby while she works on a new kimono. At the station the Tokyo Express has arrived and Father writes out the train report.
At school the children are trying to learn to write the difficult Japanese language. At recess Taro plays baseball. Boys in another part of the schoolyard are fencing.
The family decide to make an excursion to the cherry blossom festival. Yukiko puts on her fine silk kimono for the occasion. On their way they stop at a shrine, toss their offerings into a box, clap their hands as a sign of their presence, and bow reverently. At the festival, Father has his camera to take pictures of the beautiful cherry blossoms. A storyteller, who uses picture cards to illustrate his story, interests the children. (The story is recorded in Japanese.) Sea-foam candy is a treat at the festival.
Back home the Yamadas sit about a very low table for dinner. They have meat, raw fish, and cooked vegetables, all eaten with chopsticks. The maid watches the rice steamer in the kitchen and adds fuel to the fire that is heating water for the household bath.
Taro takes his bath first. After soaping and rinsing, he gets into the tub for a restful soak. Mother and the maid prepare the beds on the floor while Father reads the evening paper.

Reviewer: babe917 - favoritefavoritefavoritefavorite - December 21, 2009
Subject: 1941 japan
an interesting little film about japan family life! i enjoyed watching it!
Reviewer: Christine Hennig - favoritefavoritefavorite - July 11, 2004
Subject: Pre-War, Pre-A-Bomb, and Pre-Godzilla
Considering the year this was made, 1941, I at first thought it was a WWII propaganda film. But no, this is a charming childrens educational film made just before the war about life in Japan. We follow two siblings, Taro and Yukiko, as they go through their day with their family, at school, and going to a cherry blossom festival. It looks pretty realistic, though in simplified form, about Japanese life at the time, and everything seems peaceful and well-ordered. Look at all those strange but nice people from another culture, children! Dont be afraidthey may seem different to us, but deep down theyre really like you and me. How quickly that would change! In fact, I wonder if this film got any showing in classrooms at all, considering how quickly its tolerant message became outdated. I could swear I saw the scene of Japanese boys practicing fencing at school in a later propaganda film. Here, its shown as another charming Japanese cultural practice, but in the other film it was shown as proof of Japanese indoctrination of children in military values. Overall, this is an interesting snapshot of our attitudes towards the Japanese just before we went to war with them.
Ratings: Camp/Humor Value: *** (gets an extra star for the fact that it just begs for msting about Godzilla). Weirdness: ***. Historical Interest: *****. Overall Rating: ***.
Reviewer: tuco - favoritefavoritefavoritefavorite - May 4, 2004
Subject: Good mini documentary.
Unlike many films of its time, "Children of Japan" is completely fair in its portrayal of the Japanese. It comes out as an non-biased, informative film on how a typical day for a middle class Japanese family would have been [before Pearl Harbour].

Its most interesting to see how American perceptions of Japan changed withing two years; one can see the difference by watching the 1943 propaganda flick "Our Enemy - the Japanese".
Reviewer: Spuzz - favoritefavoritefavoritefavorite - March 27, 2003
Subject: A voyage back to a quieter time..
A fascinating historical document which outlines Japan just before the outbreak of World War II. Just looking at the year of the film (1941) makes you wonder how much time passed before this film was made and when Japan struck Pearl Harbor.

Anyways, the film is a bout 2 children and their family and all their cute Japanese customs. The film is a bit racist and stereotypically Japanese, but that can be excused for the time period. A interesting film to watch, and it is recommended.
Reviewer: nilsnordstrom - favoritefavoritefavoritefavorite - March 9, 2003
Subject: Surprisingly Not Too Racist for 1941
An interesting look at [pre-war?] Japan. It does not belittle their beliefs, but rather explores their way of life. Pretty cool look at industrial Japan and its culture. 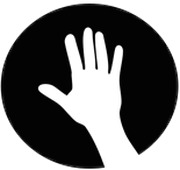