A hard drive disk image titled "SCSI_IBM_8Go" from a drive formerly owned by Data Design Interactive, dumped by Obscure Gamers. The drive contains audio and video material by Artworld UK, mostly from projects for LEGO Media (including cutscenes for the video games LEGO Rock Raiders, LEGO Creator: Knights' Kingdom and Harry Potter, and LEGO Racers 2, and the VHS animation Jack Stone). Originally posted to Obscure Gamers on 31 January 2021.
Total size: 9,139,200,000 bytes (contents are 8,873,882,201 bytes). As the contents of .IMG files currently cannot be viewed on the Internet Archive, an additional archive containing the extracted contents of the drive has been included.
Other DDI archives: 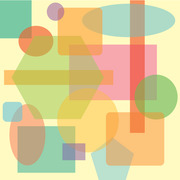