Death Comes As The End 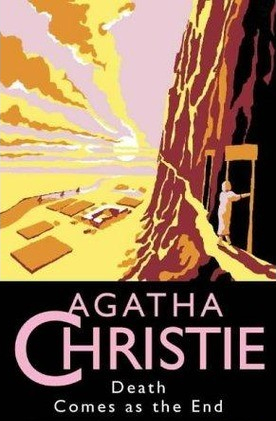 Death Comes As The End

Death Comes as the End is a historical mystery novel by Agatha Christie, it is the only one of Christie's novels not to be set in the 20th century, and – unusually for her – also features no European characters. Instead, the novel is set in Thebes in 2000 BC, a setting for which Christie gained an appreciation of while working with her archaeologist husband, Sir Max Mallowan in the Middle East. The novel is notable for its very high number of deaths and is comparable to And Then There Were None from this standpoint. It is also the first full-length novel combining historical fiction and the whodunit/detective story, a genre which would later come to be called the historical whodunit.[3][4][5]

The suggestion to base the story in ancient Egypt came from noted Egyptologist and family friend Stephen Glanville. He also assisted Christie with details of daily household life in Egypt 4000 years ago. In addition he made forceful suggestions to Christie to change the ending of the book. This she did but regretted the fact afterwards, feeling that her (unpublished) ending was better. The novel is based on some real letters, translated by egyptologist Battiscombe Gunn, from the Egyptian Middle Kingdom period from a man called Heqanakhte to his family, complaining about their behavior and treatment of his concubine.[6]

Christie uses a theme for her chapter titles, as she did for many of her novels, in this case the Egyptian agricultural calendar.