Note: This premiere episode was introduced by John Wayne;

Gunsmoke is set in and around Dodge City, Kansas, in the post-Civil War era and centers on United States Marshal Matt Dillon (James Arness) as he enforces law and order in the city. In its original format the series also focuses on Dillon's friendship with three other citizens of Dodge City: Doctor Galen "Doc" Adams (Milburn Stone), the town's physician; Kitty Russell (Amanda Blake), owner of the Long Branch Saloon; and Chester Goode (Dennis Weaver), Dillon's assistant. In the eighth season (1962–63) a fifth regular character was added to the cast: blacksmith Quint Asper (Burt Reynolds), who remained until the end of the tenth season (1964–65). Dennis Weaver left the series during the ninth season (1963–64) and was replaced by Ken Curtis as Festus Haggen, who became deputy to Marshall Dillon.

A Big Thanks to the fallowing licensed owners and all others that are licensed to redistribute this media. All copy writes and trademarks are the property of the owners and this site and the parties the uploaded this media except no responsibility for its content. Descriptions and written text are the copyrights and are available under the Creative Commons Attribution-ShareAlike License; additional terms may apply. By using this site, you agree to the Terms of Use and Privacy Policy.

Wikipedia® is a registered trademark of the Wikimedia Foundation, Inc., a non-profit organization. 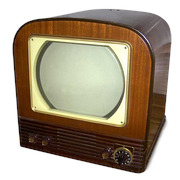