morning. officers arrived and found a man in a lot behind this store with multiple gun shot wounds. it turns out... police say the bleeding man was the suspect who tried to rob the store. they believe multiple people were inside when this man attempted the robbery....but an armed citizen inside shot at him. the suspect was taken to umc where he was pronounced dead. for now police tell me this armed citizen was working in the store but is not an employee of 7-11. we did see employees being questioned hours after this llamas wondering if something had happened to his wife who works there. ((alejandro andrade llamas/wife works at 7-11: "i was checking the time so she could come home for work, take care of the kids and she never came home. i'm worried and now i came to the outside tapes and i got scared, it's scary, i was shaking, you know.")) ((nia wong)) >> it's still unclear if the man who shot the suspect had a valid permit to carry a gun or if any charges will be brought against him.
12:01 pm

robbery suspects on the loose. as for the 7-eleven.. it is open/not open reporting live from north las vegas nia wong 8 news now.// ((kirsten joyce)) and a homeless man was shot and killed overnight near owens and las vegas boulevard. police say he was found laying against a fence and taken to the hospital.. where he died from his injuries. he was in his 50's. police think he was on the sidewalk when it happened.. and at this point they don't have any suspects or leads to go on./// ((kirsten joyce)) trump has met with president obama and started discussions on how to ease the transition from one administration to the next. craig boswell is at the white house with the story. president-elect donald trump and his wife melania visited their new home, to talk with president obama about the transition to the trump administration. (president-elect trump) "the meeting lasted for almost an hour and a half and as far as i'm concerned, it could have gone on a lot longer." trump met with the president in the oval office to discuss a
12:02 pm

discussed a lot of different situations, some wonderful and some difficulties." the two men have had a combative relationship...but say it is now time to work together. ( president obama) "we now are going to want to do everything we can to help you succeed because if you succeed then the country succeeds." first lady michelle obama also met privately with melania trump. ( craig boswell/cbs news/the white house) president-elect trump says he wants to hit the ground running when he movesn paul ryan on capitol hill. they will also put aside their differences. ( rep. paul ryan/(r-wi) speaker of the house) "we will work hand in hand on a positive agenda to tackle this country's big challenges." one of the first items on republican agenda is to replace obamacare. (sen. mitch mcconnell/(r-ky) majority leader) "every single republican thought obamacare was a mistake." (gfx) other gop priorities include passing comprehensive tax reform and appointing a conservative justice to the supreme court. craig boswell, cbs news, the white house. ((kirsten joyce)) house democratic leader
12:03 pm

president elect trump on.. including a bill to create jobs by working on the nation's infrastructure./// ((kirsten joyce)) thousands of anti-trump demonstrators marched through the night in nearly 40 cities last night. a protest in las vegas in front of trump towers drew about 20 people. on the west coast in oakland protesters set fires and faced off with police. in los angeles, hundreds ran onto intestate 101-temporarily shutting it down. up to 10 thousand people packed the streets of midtown nh (( /he's a racist homophobic, xenophobic nightmare, misogynist nightmare and he doesn't represent the values that i know to be american values i think we have a new president and we should all unify and rally around president trump )) ((kirsten joyce)) >> about 65 people were arrested near trump tower, most for disorderly conduct./// ((kirsten joyce)) hundreds of you commented on the protests on our facebook page. mike said: didn't anybody ask them if they were going to
12:04 pm

everytime he appeared on tv? and gabriel said: trump supporters complain yet they would have probably done the same thing if hillary won. you can join the conversation on our 8 news now facebook page./// ((kirsten joyce)) our beautiful fall weather is continuing... sherry swensk is in the weather center to tell us. how long we can expect it to last... ((sherry swensk)) most people are loving this warmer november weather... but i do see some cooler changesn news for those who are ready for cooler fall weather. otherwise enjoy the warmth while it's here. ........... sunny skies this morning and now at noon, but as we look across the valley...we can see some haze out there because of the light winds. ........... temps in the warm upper 70s and
12:05 pm

behind way back at 9 o'clock this morning when we hit 70 degrees. the normal high is 69! .............. high pressure will keep skies sunny and temps well above normal again today up into those low 80s for many neighborhoods. a look at veterans day and the weekend coming up./// ((kirsten joyce)) the way some furnace repairmen are trying to get you to pay for work you don't need... next on 8 news now, the valley's news leader. ((you're watching the valley's news leader with
12:06 pm

swensk. this is 8 news now at noon.)) ((kirsten joyce)) with the temperatures getting colder.. many homeowners
12:09 pm

but some consumers have reported being ripped off. ryan kath has a scam to watch out for:
12:10 pm

(kingston) "ran a full test on it. everything checks out okay and it's running fine." (ryan) "everything looked fine?" (kingston) "everything looked fine." if there is problem... kingston says the furnace should only be turned off... not taken apart... "the gas valve was shut off." just in case the system needs to run to keep pipes from freezing in the winter. and while it might be rare... we found homeowners around the country who have been victims of the scam. (mike kingston/stocker oil) "it is frustrating. you don't want to get a bad reputation in this industry that people are trying to cheat homeowners and convince them to buy something they don't need." (-jennifer reese) "i just shed a coup do this to us?" the couple now wonders how many other people have been scared into making an expensive purchase. (-jeremy) "i'm glad i got a second opinion. that's for sure." ryan kath, for cbs news, boston. new york city is getting is ready for christmas. the tree that they cut for the rockefeller center.. next... plus... how long can this beautiful weather last? sherry has your full forecast... still ahead on 8 news now,
12:11 pm

((kirsten joyce)) the christmas tree for rockefeller center was cut down today. the tree is a 94-foot tall norway spruce from oneonta new york.
12:13 pm

we'll be lucky with veterans day for the parade and the weekend will be slightly cooler in the mid 70s. ................... a big low off the northwest coast... and will not affect us thanks to high pressure that is sending santa ana winds offshore of california again today to really heat up the temps again to 90s at the coast. ......... wind advisory and surf advisories in place again today.
12:16 pm

well above normal and even near records today. then cooler 60s and breezy next week.
12:17 pm

paint the town fundraiser tomorrow. it raises money for the organization by selling fine art. here to tell us about it are antioco carillo... afan's executive director... and one of the artists mel balatbat.
12:21 pm

are combined in a unqiue chess tournament aimed at teaching kids critical thinking skills in a fun way. the tournament is called "bum rush the boards"... and three dozen kids participated in the event at the kennedy center in washington, dc. the director of the tournament says that the event is shaping
12:26 pm

jones" wallace/tournament director: chess is a true kind of like level playing field; you know, it doesn't matter who you are or where you're from. it's all a clean slate.")) ((kirsten joyce)) >> some of the students who traveled from out of town for the tournament had to earn their spot... by reading books, doing community service, and going to chess practice. /// that's all for 8 news now live at noon.. the valley's news remember that 8 news now is always available at las vegas now dot com, facebook and twitter.
12:27 pm

? >> maya: i'm worried about my sister. >> rick: i'm worried about those lips. >> nicole: i didn't do it. i couldn't go through with it. and rick's surrogate. >> nicole: i changed my mind. >> zende: so you didn't go through with the procedure? >> nicole: i'm not pregnant. >> zende: [ sighs ] >> steffy: you're really asking me to help you here at forrester. >> quinn: i think it would be a wonderful opportunity. >> steffy: as long as i stay married to wyatt. >> quinn: steffy, i want you as an ally. i want us to be able to work together. and of course i would like to keep you as my daughter-in-law. >> steffy: see? you are unbelievable. you're still manipulating the situation.
left
right
Borrow Program
tv 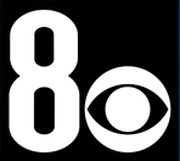