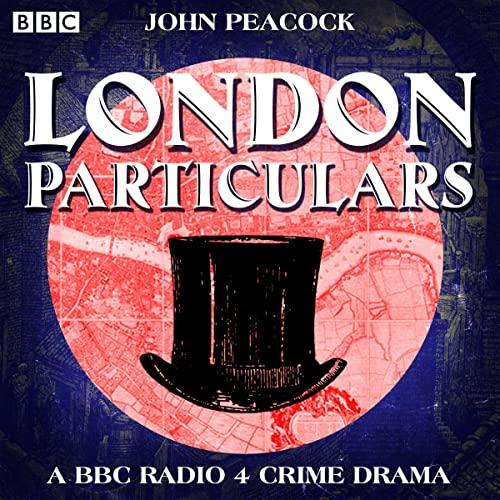 London Particulars
A BBC Radio thriller series about two old-school detectives who solve crimes in Victorian London.
It’s 1839 and Bow Street Runner Pip Shepherd is out of a job. The Runners have been disbanded, merged with Sir Robert Peel's new Metropolitan Police - and there's no way Pip's signing up with them. But when he befriends 'Peeler' Thomas Tedman, and hears about an upcoming detective division, he has second thoughts, and soon the duo are investigating their first cases together.
The Last of the Bow Street Runners sees Tom and Pip teaming up to solve the mystery of a murdered earl and a missing fiancé.
In A Cuckoo in the Nest, a man lost at sea for 14 years returns to claim his fortune. But is he the Nettlefields' true son and heir, or an imposter?
Out on the Drag finds Pip going undercover to infiltrate a gang of 'draggers' led by the sinister Brock - and finding more than he bargained for.
In The Kitten House, the two policemen probe a sophisticated vice ring operating in the highest echelons of society....
Scripted by award-winning writer John Peacock, these four historical crime dramas star Todd Carty (Grange Hill, EastEnders) as Pip Shepherd , with Charles Simpson (London Bridge, Kavanagh QC) as Thomas Tedman.
Written by John Peacock.
Directed by David Blount.
Pianist: Harry Myers.
Cast:
Pip Shepherd - Todd Carty
Thomas Tedman - Charles Simpson
Dolly Jenks - Maggie McCarthy
With Deborah Berlin, Ioan Meredith, Tessa Worsley, Zulema Dene, Stephen Critchlow, Tracy Wiles, Becky Hindley, Elizabeth Conboy, Harry Myers, Maggie McCarthy
First broadcast BBC Radio 4, 11th June - 2nd July 1999.