This program is a recording of part of a workshop held at the Esalen Institute near Big Sur, California, titled "Terence McKenna: Beyond 2012" and led by Dr. Bruce Damer and Lorenzo Hagerty. This specific recording took place on Saturday morning, June 16th 2012, and consists of Dr. Bruce's "deep dive" into the mind of Terence McKenna. It includes unique recordings of Terence McKenna recounting his formative years, Bruce's "Ode to Terence", followed by a reading from Dennis McKenna's upcoming book, and then an analysis of the resulting unraveling of Terence's life and world view in the 1990s with commentary from Dennis McKenna, an appreciation of Terence, and finally, portions of Erik Davis' last interview with Terence in 1999. The original podcast and numerous comments can be found at:
http://www.matrixmasters.net/salon/?p=595

Reviewer: Matsapha - - September 28, 2018
Subject: Coprophitic Hominids
I've listened to a lot of McKenna over the years, my first lecture being the one put together by Roy & Diane Tuchman at the Philosophical Research Institute in L.A. Since then, and in listening to so many of his Esalen and other lectures, the only reference I can recall him making regarding others' taking psychedelics was to point out what a loss it would be to go through life without having had a meaningful (five grams in the dark, eyes closed) relationship with the tryptamines. He suggested a number of times that to go through life without having had such a relationship would be similar to that of going through life without a sexual relationship. At no time did he ever say, or give the impression, that taking mushrooms or DMT every weekend would be a good thing to do. He expressed many times that his own approach to their use was with knees knocking with trepidation. "Two or three times a year" was "hitting it pretty hard", is the only info he ever provided regarding his own use. He made the point many times that after only one exposure, it can take the rest of ones life to process what is learned.

No one knows, including Kathleen, whether or not he used psychedelics during his last ten years. Whose business is it to know this thing and what possible difference does it make whether he did or not?

I' can't express enough just how much I've learned from and enjoyed his wide-ranging reportage from the worlds of history, science, ethnobotany, literature, and from the "edges" of so many other subjects. Such intelligence and insight doesn't come along very often and is to be celebrated, not criticized. Just his admonition that we question and extract as best we can our cultural conditioning . . . his reminders to turn off the crap machines and listen to and learn from Nature echoes Emerson, Thoreau, and the perennial wisdom of the ages. In this world of smartphone mania, reminding us that life in essence is a "flight from the alone to the alone" is of incalculable value.

Terence was and is an immense treasure and this pathetic attempt to cast shadows onto the bright light that he was . . . just because he didn't douse himself with psychedelics every weekend, is so appallingly petty. He always spoke of the middle way, to focus not upon either the yin or the yang, but on the line that divides them. That he did exactly that in his use of psychedelics is now something to find fault with?

Terence was a magical person. The people piling on this sad subject are simply dung beetles. 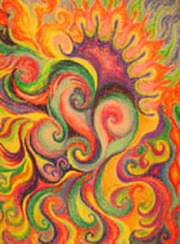