The sound frequencies used in these sessions
are based upon Rife sets for resonant therapy
devices.
Note: Download here the ZIP file with THE GUIDE, a freeware tree-based information management tool for Windows featuring ALL the content related to resonant-therapy. Download, extract the ZIP and open the executable Resonant Therapy file inside. Alternatively, download here the other ZIP file with the platform independent freeware Knowledge Base program ALEX PKB with the content included. Download, extract the ZIP and open the executable JAR file. (Visit location)

This work is dedicated to the public domain and
may be reproduced without authorization.

* Amebiasis, gastrointestinal infection caused by amoebas whose symptoms range from mild diarrhea to dysentery with blood and mucus in the stool.

* Bacteremia, the presence of bacteria in the blood stream. The immune response to the bacteria can cause sepsis and septic shock.

* Cholera, infection in the small intestine caused by the bacterium Vibrio cholerae. The main symptoms are profuse, watery diarrhea and vomiting.

* Coronaviridae infections, family of enveloped, positive-stranded RNA viruses which may cause a range of illnesses in humans, from the common cold to SARS.

* Cryptococcosis, infection caused by fungi that belong to the genus Cryptococcus.

* Dengue is transmitted by mosquitoes infected with any one of the four dengue viruses. It may develop into life-threatening dengue hemorrhagic fever, or into dengue shock syndrome.

* Ectoparasitic infestations, parasitic disease caused by organisms that live primarily on the surface of the host.

* Gram-negative bacterial infections lead to endotoxemia in which the endotoxin (a toxic substance associated with bacterial cell wall or core) comes in contact with bloodstreams and gets mixed with blood. Proteobacteria is one of the major groups of known Gram negative bacteria (it includes bacteria like E. Coli, Salmonella, Pseudomonas, Moraxella, Helicobacter, Stenotrophomonas, Legionella, Acetic Acid Bacteria, etc.). Other groups include Cyanobacteria, Spirochaetes, Green Sulfur and Green Non-Sulfur Bacteria.

* Herpesviridae infections, family of DNA viruses that cause diseases in animals, including humans.

* HIV, lentivirus (a member of the retrovirus family) that causes acquired immunodeficiency syndrome (AIDS), a condition in humans in which progressive failure of the immune system allows life-threatening opportunistic infections and cancers to thrive.

* Listeria infections, may cause mild food poisoning in the healthy and severe systemic disease in those immunosuppressed. Listeriosis can produce sepsis, meningitis and encephalitis.

* Lyme disease, infectious disease caused by at least three species of bacteria belonging to the genus Borrelia.* Maduromycosis, diseases caused by a group of fungi.

* Maggot infestations, may cause Myiasis.

* Malaria, a mosquito-borne infectious disease of humans and other animals caused by protists (a type of microorganism) of the genus Plasmodium.

* Mycobacterium, a genus of opportunistic bacteria which can cause abscesses, septic arthritis, osteomyelitis (bone infection). They can also infect the lungs, lymph nodes, gastrointestinal tract, skin, and soft tissues.

* Papillomavirus, infection, depending on the type, is either asymptomatic or causes small benign tumors, known as papillomas or warts. Some types, however, carry a risk of becoming cancerous.

* Severe acute respiratory syndrome (SARS) is a viral respiratory disease in humans which is caused by the SARS coronavirus.

* Smallpox, an infectious disease unique to humans, caused by either of two virus variants, Variola major and Variola minor.

* Tick paralysis, the only tick-borne disease that is not caused by an infectious organism. The illness is caused by a neurotoxin produced in the tick's salivary gland.

* Tinea, fungus of the dermatophytes family cause of Athletes Foot, Jock Itch and Ringworm among other conditions.

* Tuberculosis, a common and in many cases lethal infectious disease caused by various strains of mycobacteria, usually Mycobacterium tuberculosis.

* Typhoid fever, bacterial disease transmitted by the ingestion of food or water contaminated with the feces of an infected person, which contain the bacterium Salmonella enterica enterica, serovar Typhi.

* Typhus, any of several similar diseases caused by Rickettsia bacteria which are spread by fleas or lice.

* Viral hemorrhagic fevers, illnesses that may be caused by four distinct families of RNA viruses: the families Arenaviridae, Filoviridae, Bunyaviridae, and Flaviviridae. VHF is characterized by fever and bleeding disorders and all can progress to high fever, shock and death in many cases. 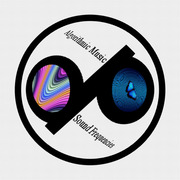