On the German leading television channel SWR you can watching - Odysso Superhelden -  Odysso Real Life Superheroes.
Superhuman Miroslaw Magola claims he uses telekinesis power to manipulate metal objects just like X-Men supervillain . Magneto is a fictional character appearing in American comic books published by Marvel Comics, commonly in association with the X-Men. Created by writer Stan Lee and artist Jack Kirby, the character first appears in The X-Men #1 (cover-dated Sept. 1963) as the archenemy of the X-Men. The character is a powerful mutant, one of a fictional subspecies of humanity born with superhuman abilities, who has the ability to generate and control magnetic fields.
Miroslaw Magola was born in Poland and  is now living in Munich Germany. He is known as the "Magnetic Man" in the media as having the ability to lift objects made of metal, ceramic, wood or  plastic off the floor, against the force of gravity. He holds them against his hands, and moves them vertically or in circles, without any aid.
He  showed his talent for the first time on the Prosieben German television programme Arabella, the OPRAH of Germany, hosted by Austria Eurovision presenter Arabella Kiesbauer. Also in February 1996 he was able to preform his uniqe ability on the UK television live programme Beyond Belief hosted by Sir. David Frost.
His best performance to date was on a Live French television programme 2009 La Soirée de l'Etrange hosted by Christophe Dechavanne and Patrice Carmouze aired on TF1, unfortunatly reproduction is  restricted by copyrite.
“Clever - the show that creates knowledge " Clever - die Show, die Wissen schaft" - “ Clever - the show that creates knowledge " on TV Sat.1 in Germany with scientific experts Wigald Boning and Barbare Eligmann and guests - among others Magnetic Man, entertainer and businesswoman Verona Pooth (until 2004 she was called Verona Feldbusch) and German rapper Sido.
In Clever! Special " Die unglaublichen Kräfte der Natur! " - " The incredible forces of nature! "  Miroslaw Magola underwent scientific investigations of his abilities and impressed the audience.
The Sat.1 show Clever! received the 2005 German Television Award ARD, ZDF, RTL, Sat.1
On the History Channel television show "Stan Lee's Superhumans" in September 2010 however, demonstrated  changes to Miroslaw Magola's brain waves, skin conductance and temperature. These changes were signifigant and were recorded during one of his demonstrations.
Miroslaw Magola was investigated by Dr. Friedbert Karger of the Max Planck Institute and Dr. David Lewis , a neurophysiologist at MindLab, one of the United Kingdom's leading Neuro Research Centers and Dr. Konstantin Korotkov, professor of Physics at St. Petersburg State Technical University in Russia .
It's taken 2000 years from the discovery of the idea of the Atom to the present,  but it is hoped with our present sophisticated equipment we can greatly shorten the time of further discovery.
Dr. Michio Kaku is the author of several widely acclaimed science books, including Parallel Worlds, Visions, Beyond Albert Einstein, Hyperspace and Physics of the Impossible, the basis for his Science Channel TV show, Sci Fi Science: Physics of the Impossible and the host of two radio programs, Explorations and Science Fantastic said in his latest work, The Future of the Mind, uses his brand of theoretical physics - a beguiling mix of quantumness and consciousness - to push past the current frontiers of neuroscience. The worlds media spoke with this bravely unusual mind about where today’s most daring scientific research is taking our brains. Our sit-down adventure included storied science notions like telekinesis, implantable knowledge, memory erasure, and even sentient robots. National Geographic Channel - Go inside the human body and discover its true potential.
CNBC - BBC - Super Human Challenge. Tim Fitzhigham meets the humans who defy science and puts their powers to the test - against himself. These are real life Super Human that defy science with super strength, extraordinary stamina and other unbelievable physical abilities.
Fox TV - actor Kal Penn, this jaw-dropping special tests the abilities of 12 ordinary people to use their extraordinary skills and win a $100,000 grand prize.
Discovery Channel  , NBC , History Channel - ABC TV - Science Channel India - Stan Lee's Superhumans - The creator of legendary superheroes, series co-host Stan Lee seeks out real life, superhuman counterparts with David Browning Smith.
ITV - Are you feeling Superhuman today?  ITV Studios Global Entertainment - Documentaries Superhuman in  HD . Entertaining human interest stories that uncover accessible popular . CNN Worldwide -  Correspondents Reporters; Analysts Contributors - Robot exoskeleton suits that could make us superhuman. 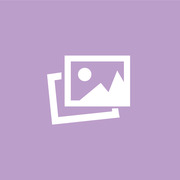