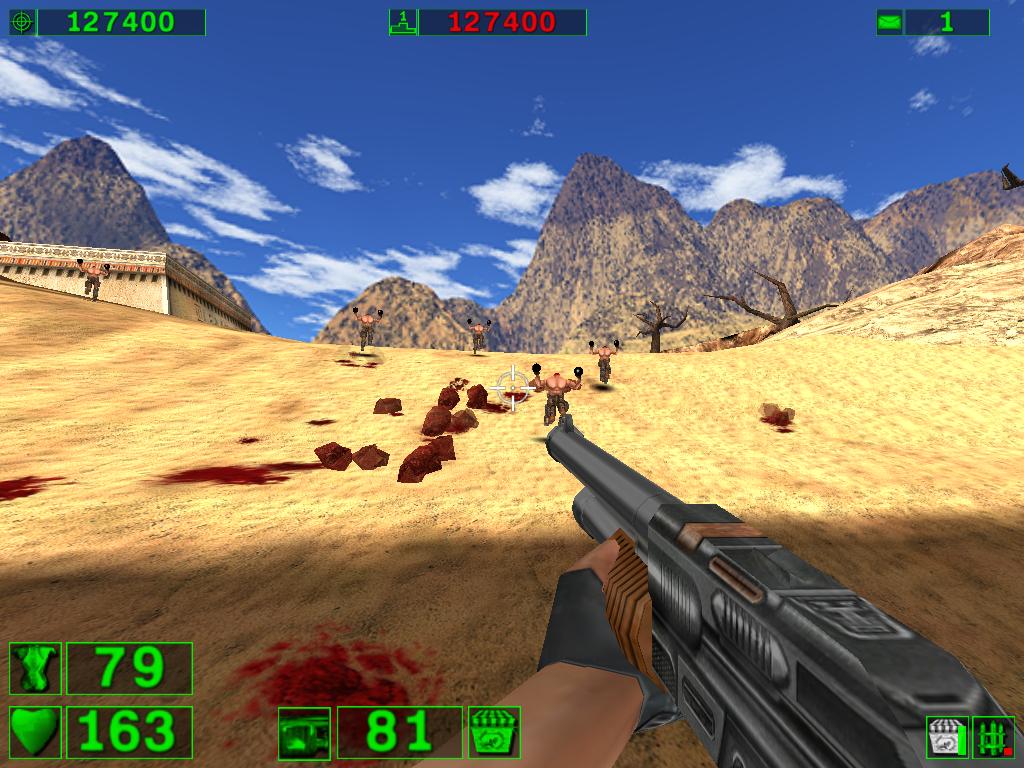 Serious Sam is a high-adrenaline action shooter that is heavily focused on frantic, arcade-style single-player action. This is a game where cyberpunk meets fantasy fiction and advanced technology is mixed with black magic and psychological powers. Serious Sam takes you through the beautiful world of ancient Egypt as well as several diverse planets as you confront countless numbers of Mental's minions on the way to the Mental's base.
This demo contains a single massive level with six weapons to choose from, including a knife, a magnum (and dual magnums), a shotgun, and more. As you play, you will rival eleven different enemies. This single level features approximately 60 to 120 minutes of actual play, depending on the difficulty level chosen. This updated demo adds the thrill of multiplayer deathmatch, team modes, other enhancements, and several bug fixes.