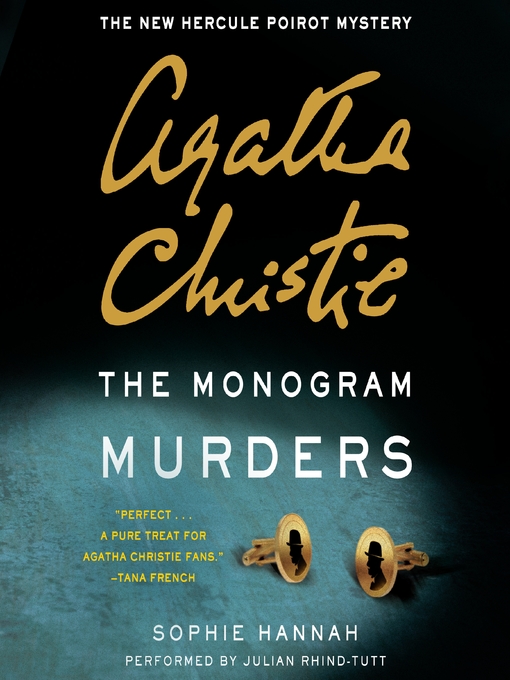 Hercule Poirot's quiet supper in a London coffeehouse is interrupted when a young woman confides to him that she is about to be murdered. Though terrified, she begs Poirot not to find and punish her killer. Once she is dead, she insists, justice will have been done. Later that night, Poirot learns that three guests at a London Hotel have been murdered, and a monogrammed cuff link has been placed in each one's mouth. Could there be a connection with the frightened woman? While Poirot struggles to put together the bizarre pieces of the puzzle, the murderer prepares another hotel bedroom for a fourth victim.

Since the publication of her first novel in 1920, more than two billion copies of Agatha Christie's books have been sold around the globe. Now, for the first time ever, the guardians of her legacy have approved a brand-new novel featuring Dame Agatha's most beloved creation, Hercule Poirot.

Internationally bestselling author Sophie Hannah breathes new life into the incomparable detective. In this thrilling tale, Poirot plunges into a mystery set in 1920s London—a diabolically clever puzzle that will test his brilliant skills and baffle and delight longtime Christie fans and new generations of readers discovering him for the first time. Authorized by Christie's family, and featuring the most iconic detective of all time, this instant Christie classic is sure to be celebrated by mystery lovers the world over.