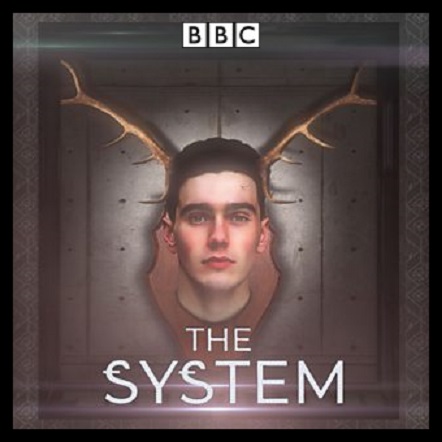 The System by Ben Lewis
A witty and propulsive 6-part thriller starring Siena Kelly, Jack Rowan and Iain de Caestecker.
When Jake signs up to a personal training programme that promises to turn the meekest man-boy into an alpha male, he doesn’t have a clue what he’s getting himself into. Two years later, his sister Maya sets out to uncover the truth.
Cast:
Alex … Iain de Caestecker
Jerome… Don Gilét
Maya … Siena Kelly
Beau…Matthew Needham
DI Cohen …Chloe Pirrie
Jake …Jack Rowan
Original music and sound design by Danny Krass
Featuring tracks from Equiknoxx music collective
With thanks to Dr Joel Busher at the Centre for Trust, Peace and Social Relations, University of Coventry.
A BBC Scotland Production directed by Kirsty Williams
First broadcast on BBC Radio 4 in June 2021