by
International Center for Conciliation (ICFC)

The Victim-Former Khmer Rouge (VFKR) dialogue pilot project, a collaboration project between the International Center for Conciliation (ICfC) and the Transcultural Psychosocial Organization (TPO), aimed to rebuild and understand the fragmented relationship between victims and their direct perpetrators. While calls have been made for reconciliation from the Cambodian government, victims often wish to receive acknowledgement and an apology from their direct perpetrators. For perpetrators, overcoming cultural obstacles that hinder even the acknowledgement of crimes make an apology difficult to achieve. Because of the sensitivities and difficulties in initiating a dialogue between victims and perpetrators, this project and videos explore the possibilities of reconciliation at the community level within the Cambodian context.

This version aims to build a better understanding among stakeholders working in the field of transitional justice - including researchers, NGOs, and donors - of ways to cope with political violence at the community “micro” level. Reconciliation efforts often focus on the “macro” level in the forms of tribunals and truth commissions, but leaves individuals still recovering from psychological trauma and searching for justice with little space to process these efforts in a more meaningful manner. In the Cambodian context, this is particularly true as many communities are made up of both victims and those that inflicted direct harm against them.

Rights
Materials from the Southeast Asia Digital Library website are protected under copyright laws unless so noted. These materials have been made available for use in research, teaching, and private study, but may not be used for any commercial purpose. Permission to make a single copy of any material on this website through print, photocopying, or downloading to a computer terminal is granted without the need to seek prior consent, on the express condition that you properly cite the source in all copies. For other uses of materials from the Southeast Asia Digital Library Web site (for example, commercial products, publication, broadcast, mirroring, reuse on a website, or anything else that does not fall under concepts relating to "fair use") you are required to seek permission from the Project Director in advance. Contact information is given below. When requesting permission, please be prepared to refer specifically to the information you intend to use and provide details regarding your planned use. Those inquiring about these uses should contact: Drew E. VandeCreek Director of Digital Projects Founders Memorial Library Northern Illinois University DeKalb, Illinois 60115 Email: drew@niu.edu Telephone: (815) 753-7179 Citation Information To cite sources you should include all applicable and available information available regarding: Material title Name of author, editor, compiler, arranger, translator, creator, agent Publication information for the print version (publisher location, publisher and date) Southeast Asia Digital Library, Northern Illinois University Libraries Name of owning institution Date you accessed the source http://sea.lib.niu.edu A Word About Sources The Southeast Asia Digital Library’s website presents a large, searchable database of primary source materials from libraries and museums in Southeast Asia. Nevertheless, these materials make up only a small fraction of the collections available in the institutions taking part in this project. This project has developed with the original goal of making primary source materials available to individuals who are often unable to travel to these libraries, museums, and archives to take advantage of them. We also hope that this project will encourage students and other non-scholars to visit libraries, museums and archives to examine the vast amounts of historical materials that remain there, undigitized. 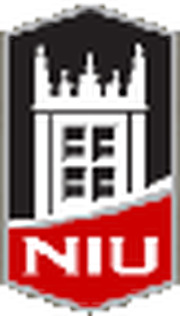