in jefferson county around berkeley springs and martinsburg and frederick county, you're no longer under the severe thunderstorm watch. the watch goes until 11:00. because it covers such a large area south and east that's why. we feel the threat will be over about 9:00 in the immediate metro area. wind gusts at national 48 miles per hour in the last 20 minutes. let's look at radar. a tremendous line of showers and storms pushing through, a lot of lightning, hail, damaging winds. frederick county, you're all right. leesburg you're in good shape. southern loudoun county the storms have yet to clear, but leesburg and upperville you're okay. big storms in aldie going out route 50, tremendous rains in rockville still going up 270. once you get to germantown it becomes light to occasionally moderate rain. we'll zoom back out. this is still tremendous storms. now we have this extended, arlington and the district and also montgomery and prince
7:02 pm

george's county till 7:15. probably have to extend it again. we have this severe thunderstorm warning also for culpeper and fauquier until 7:30. we'll zoom out and give you an idea those are the areas that are under the warning now, not a watch. winds, this may be contaminated, wind sheer of 84 miles per hour south of sterling and chantilly. we're not taking it completely seriously, but you could still have a wind of 60 miles per hour with that storm. rainfall up to 3 1/2 inches on the west side of 270 north of germantown and around poolesville. we will come back, dissect the strongest storm. howard will join me. severe thunderstorm watch till 11:00, but most of the activity in terms of our severe threat will be out of here by 9:00. we're getting reports of damage in the area of those storms. >> scott broom is in germantown where we've heard there's a tree on a house.
7:03 pm

what's going on, scott? >> reporter: i'm talking to you on the dashboard camera of my mobile newsroom, pulled it up to this little mercedes m350. you can see this looks like a big old maple tree uproot. it's down on this star in the 1970 do block of crystal rock drive in german -- 19700 block of crystal rock drive in germantown. thankfully no one was hurt. people were home when this came down. it scared a lot of folks. one lady thought it might have been a lightning strike that brought this tree down. there were very strong winds and a lot of heavy rain. this is typical of the damage around the germantown area. as i was coming up here, there was a tree down across exit 15a off 270. the storms raked through here very quickly with some very strong winds. lots of emergency response
7:04 pm

around here. there have been no injuries and no serious damage, but, of course, the person who owns this car is classifying that as serious damage for sure. reporting live in germantown scott broom, wusa9. >> it looks like it's not raining that much anymore over there. >> reporter: it's lightened up. the storm came through a good half hour ago. i'm watching radar as well worried about storms father out, but for now it's a lull and the temperature has dropped to 73 degrees out here. >> howard tells us you are right near where that 60 some mile an hour wind gust happened. that could have had something to do with that tree. the weather is settling down now in leesburg. >> our garrett haake joins us live on the phone because it's too dangerous to use our live truck. it has a mast and there's a lot of lightning. >> reporter: the rain has tapered off significantly, but we are still seeing flashes of lightning. i'm on market street south and
7:05 pm

east of downtown leesburg. for about half an hour this evening just abysmal driving conditions right in the heart of rush hour, strong gusting winds, heavy rain, lot of flashes of lightning. some folks just pulled over. we ultimately pulled over, too. we started feel hailstones bouncing off our news vehicles, some stones as large as nickel size. that lasted a few minutes. as it passes now we're not much visible damage, smaller branches down in the general area, but it does appear the worst has passed in leesburg where they are seeing damp conditions on the road. just like scott said in montgomery county, much cooler on the backside of this storm. reporting live in leesburg garrett haake, wusa9. >> thank you. we should note we just got word amtrak's d.c. to philly train has been temporarily suspended
7:06 pm

because the weather is so rough. these storms are taking a toll on a lot of parts of our town. let's take a live look now in d.c. out to some of our cameras. the storms are moving over us. look at that. that is -- you can hardly see because there's so much rain hitting that camera, but it's an ominous looking sky. >> looks like we can see the washington monument in the distance. the traffic is not moving fast. hopefully people are taking their time getting hope tonight. quick look at our white house -- home tonight, quick look at our white house as well, things looking quiet but wet. >> those people that live right there, people bad for them because a tree over the cars and the house over there, not a good situation. please be careful if you're out there. speaking of rain, rockville getting slammed tonight. >> our stephanie ramirez is there. the weather has done a 180 because earlier we saw her at
7:07 pm

5:00 and it looked fine. >> it was sunny. >> reporter: last time you guys saw me the sun was beating down on us. now the storm is here. this is rockville maryland avenue. heavy rains are coming in with lightning and thunder. we had to take down our blast on the live truck. you can see behind me barrels are moving around here, the construction cones blowing around somewhat. you want to put your umbrellas, chairs away. this storm is moving fast. it wasn't even a half hour after you saw us on tv these clouds started rolling. make sure you're prepared for this rain in rockville. stephanie ramirez, wusa9 news. >> crews all around now hopefully staying safe. we'll get back to that. it was a sticky wait for riders trying to catch a train home from two different metro station tonight. >> just before the evening rush the cooling system for dupont and farragut north stations stopped working all because of
7:08 pm

a leak. >> reporter: it's one of the hottest days of the year in d.c. so far and at this metro station it feels pretty hot inside as well. fans, towels in the hot breeze of passing trains was the only thing riders had to keep cool with while they waited on this platform. >> it feels like a sauna, at least 100. >> there's usually cool air coming from the sides. >> reporter: the metro doesn't have ac, but they have a chiller system that pumps cool air into the station. the system that sends the to dupont and farragut north was at least temporarily broken. wmata officials tell us these two stations use the same offsite chiller system and doctor -- and there was a leak in the line. once they find it they'll fix it, but that leak is why so many people were wiping sweat from the back of their necks. ed if heat wasn't enough to annoy riders, people at dupont
7:09 pm

had an elevator outage. >> there's nothing that surprises me here if something is broken. >> reporter: wmata can't tell us when the problem will be fixed. until they find the leak, they don't have a time table for when it will get cooler in the farragut or dupont metro station. ellison barber, wusa9. >> what a bad day for the chiller system to break down. that system normally keeps the station about 20 degrees cooler than the outside temperature. we are keeping a close eye on the severe storm moving through our area now, topper tracking what those storms are dropping and where they're headed. you're watching wusa9 and your only local
7:10 pm

we are taking a live look outside by reagan national airport. you can hardly see anything out there, tracking severe weather. i want to update you on a
7:13 pm

couple outages now. bge is reporting at baltimore county about 9,000 people without power and in howard county almost 7,000. >> in the pepco area they're reporting upwards of 12,628 outages now. they've had a few outages there, always some damage from these high winds and perhaps the hail. we'll keep you updated whether the power outage situation gets worse and when it improves. if your power is out, you already know. we move on to new frightening details about that tragedy on the metro in january where smoke filled the l'enfant station and killed 1 passenger and sent dozens of others to area hospitals. >> today the national transportation safety board launched a two day investigative hearing and our andrea mccarren was there. >> reporter: the ntsb released surveillance video of the minutes before and after the chaotic scene along with a transcript of its interview with the train operator. >> smoke was first seen coming
7:14 pm

from the tunnel at 3:09. >> reporter: the surveillance video is chilling shown here 10 time the speed of realtime, it reveals smoke gradually filling the l'enfant plaza metro station. >> heavy smoke can be seen comingthe southbound tunnel. >> reporter: the ntsb also released the transcript of its interview with the operator of the train in the smoke filled tunnel. >> please remain calm. >> reporter: according to the transcript, he begged central controllers for permission to back out and get back to the platform saying people on the train can't breathe. they're coughing. they're vomiting. he told investigators he was repeatedly urged to stand by. >> maybe once a week or every other week i might drive just because i think that might be the day there's going to be an incident. >> reporter: rail passengers express strong feelings about riding metro. >> i believe if anything happens, i need to be
left
right
Borrow Program
tv

program was likely cut short due to a recording issue 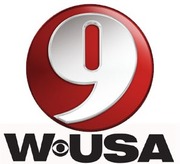