The game is based on the movie bearing the same title (which, in turn, is based on Philip K. Dick's novel Do Androids Dream of Electric Sheep?). In the grim world of the future, cities lie in darkness, and nature gave its way to artificial, bio-mechanical production of all creatures - including human beings. Those artificial humans are called replicants, and are treated as servants unworthy of being "true" humans. The police officer Ray McCoy is a "Blade Runner", whose special job is hunt down replicant rebels. During his investigations, McCoy also gets to see their side, and his vision of the world and society begins to change.
Blade Runner is an adventure game with an emphasis on detective work rather than on puzzles. There are very few "real" puzzles in the game, and the gameplay mainly consists of questioning suspects, gathering evidence, etc. There are also some action sequences, and throughout the game the protagonist has the ability to use his gun. The player's decisions can (and will) influence the outcome of the story, bringing the game to one of the six possible endings. 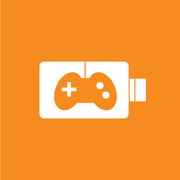