JAIN SŪTRAS - Part 1
[00:35:13]  March 29th, 2022
In today's episode, we'll take a look at the world of Jainism, and its relationship with Buddhism. Before he was Lord Buddha, Siddhartha Gautama sat under a Bodhi Tree a stone's throw away from the heart of Jainism, which was already well established in India, particularly in the region in which he was meditating.
This is mostly an introductory episode into this new chapter of Buddhist Books, "Jain Sūtras." The Pali scriptures are still stuck in a warehouse in the UK waiting to be approved or something before they can be sent to me in Delhi. So, this seems an appropriate area of study while we wait for them to arrive.
In these next episodes we'll be reading Upadhyaya Amar Muni's translation and commentary on the Namaskāra Sūtra, Samyaktva Sūtra, Guru-Guṇa-Smaraṇa Sūtra, Guru Vandanā Sūtra, Ālocanā Sūtra, Kāyotsarga Sūtra, Āgarā Sūtra, Caturviśatistava Sūtra, Pratijñā Sūtra, Praṇipatā Sūtra, and Samāpti Sūtra.
This episode also includes footage taken a few days ago of Veerayatan Temple and Museum, as well as the ruins of the ancient Buddhist Nalanda University, both in Rajgir, Bihar, India. 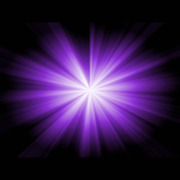