Reviewer: Surenity2 - favoritefavoritefavoritefavorite - March 23, 2022
Subject: Lol wut
Okay, some things from this tape (the Disney shorts mainly) were added years later when I hooked my PS3 to a VCR and recorded off YouTube. And my memory kind of sucks so I forget the exact year I recorded some of my tapes. It all came off one tape though.
Reviewer: TASProductions - favorite - March 23, 2022
Subject: Fake tape
And here I was super excited to see more Nicktoons network, but it’s just rips from a torrent website stitched together.
Reviewer: PinesFest - favorite - March 22, 2022
Subject: Plagiarism
Most, if not all of your """tapes""" are stolen from elsewhere or fabricated. Who on earth are you fooling?
Reviewer: BeatsArchs1200 - - March 22, 2022
Subject: Not from 2011/2012
The Nicktoons branding featured on this tape was years before the 2009 rebrand, which took away the globe logo and replaced it with a screen bug that looks like Nicktoons present-day screen bug. This is not from 2011/2012.

It Was Once Music Television 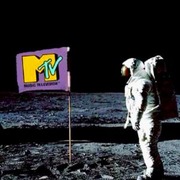