IUPDATE 1.15
- Fix on recently known warning bug, and adding "V1.15" on the title. If you don't see the sign, please clear your cache and reload the game.

======
UPDATE 1.1
- Fixes on AXIA bug, it's supposedly unlocked on lvl 99 upgrade achievement. If you have lv 99 achievement already, please go to the workshop, the weapon should be unlocked. If it didn't, please report to me.

- Fix on Odin's Overdrive. It's now unleash berserk too while being invincible

*you may have to clear your cache in order to reload the game and apply the update.
======

A group of interstellar explorer's lifes being endangered as their comrades lost in a giant mechanical cube-like fortress. Rua Elzee and Cedric Ashcroft, pilots of A.M.U. unit 01, are trying to save their lives, as well as their comrades'.

Battle with the Cubes in this uniquely controlled arena shoooter game! Upgrade your A.M.U - Advanced Mobile Units, purchase armaments, unlock Cores and achievements, fight your way as the story unfolds!

Developer's comment: The concept/theme of this game is "Inverted Control". Usually WASD/Arrow keys to move and mouse to aim is the common control of navigation, but we want to change it. So we actually made mouse to move the AMU and WASD as action keys (and thus made CC has lock-on system). It took us 8 months to finish, so we hope it won't dissapoint you (and us). Enjoy!

Hi Guys, Just want to share this. Cube Colossus is chosen as the finalist for Flash Gaming Summit 2010 held in San Francisco this march as the best shooter game. We're so proud that our game get so much recognition, too bad we can't attend the conference there. 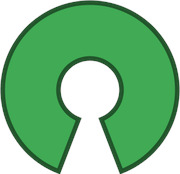