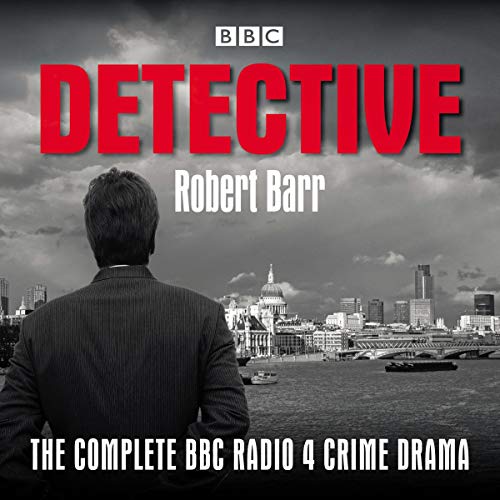 All four radio series of Robert Barr’s gripping London-based police drama.
Originally broadcast as Detective: Stories of Crime and Detection in London, this BBC radio drama ran for four series between 1980 and 1985. Written by the award-winning creator of Z Cars and Softly Softly, Robert Barr, it comprised 39 thrilling stories set in London’s criminal underworld, all of which are collected here.
DS Dave Brook is a long-serving, ducking-and-diving police officer who takes armed robberies and violent crime in his stride. But then he is teamed up with young 'grammar school boy' DC Blair Maxton from sleepy Epsom. How will Max cope with the mean streets of his new patch?
Among the thrilling cases in these four series, the detectives tackle an armed gang, confront a notorious crime family, search for a missing wife, investigate a gruesome ax murder and the death of a reclusive young woman, and assist ‘The Sweeney’ flying squad. It’s all in a day’s work for Brook and his team....
Ray Brooks stars as DS Brook, with Christopher Blake as DC Maxton, David Daker as Chief Inspector Roach, Peter Cleall as DC Harrison, Jacqueline Tong as Judy and Stephen Garlick as DC Tully.
Written by Robert Barr
Produced and directed by Martin Fisher
First broadcast 3 January-27 March 1980, BBC Radio 4 (Series 1), 16 March-18 May 1982, BBC Radio 4, (Series 2), 27 June-15 August 1984, BBC Radio 2 (Series 3), 24 June-12 August 1985, BBC Radio 2 (Series 4)