This album of unusual music has ephemerality as its core theme.

David M. Paganin is from West Footscray, Victoria, Australia. The expressive musical themes that interest him relate to human freedom in a post-modern world. Such themes include alienation, psychological repression, the existential vacuum, obsession, rage, absurdity, mourning, regret, neurosis, depression, death and the concept of self. All sounds are intended to be ultimately uplifting, affirmations of human vitality and spirit.

The spoken text in track #1 is a conflation of Revelation 17:5 and 18:2, in the koine Greek of two millennia past. The title to track #2 alludes to "the undifferentiated flux of existence", a phrase the author thought to be due to James Joyce but has been unable to trace. The title to track #3 invokes Percy Bysshe Shelley's "Ozymandias", together with "The remains of may-flies form a snowy layer on the ground" from Gustave Flaubert's "Temptation of Saint Anthony". Track #4 refers to the Tibetan Buddhist practice of making and then destroying sand mandalas. Track #5 puns on "Hell in a handbasket" and "I will show you fear in a handful of dust", the latter quote being from T.S. Eliot's "The Waste Land" and echoing the Sibyl of Cumae asking to live for as many years as the number of grains in her handful of sand. The spoken words near the end of track #6 are a pastiche of: (i) "The unplumb'd, salt, estranging sea" (constituting the "echoing straits between us thrown") from "To Marguerite: Continued" by Matthew Arnold; (ii) "The snotgreen sea" from James Joyce's "Ulysses", which is itself something of a parody of Homer's "wine-faced sea"; (iii) "Arie, ye wretched of the Earth", which is tapped out in Morse-like code by one of the main character's fellow political prisoners in Arthur Koestler's "Darkness at Noon", always with the same mis-spelling of "Arise". The title to track #9 recalls Voltaire's exhortation to "écrasez l'infâme". Track #10 closes with the opening words, in Greek, of Homer's "Iliad". The Italian text in track #11 is from Canto I (lines 1-3) and Canto III (lines 1-11) of "Inferno" by Dante Alighieri. Track #12 attempts to break down stigmas concerning depression, by viscerally sonifying the bite of "the black dog" for those who have not experienced it.

DMP gives his sincerest thanks to Anthony (Planetaldol) for the wonderful opportunity to contribute to Earsheltering. Three samples have been used with gratitude: (a) A low-timpani sample sourced from the Free Wave Samples site freewavesamples.com, hosted by Zeta Centauri; (b) A sample of Clara Rockmore playing "The Swan" by Saint-Saëns; (c) Herbert Morrison's broadcast of the Hindenburg tragedy. 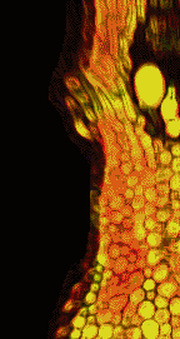 Uploaded by earshelter on December 9, 2017