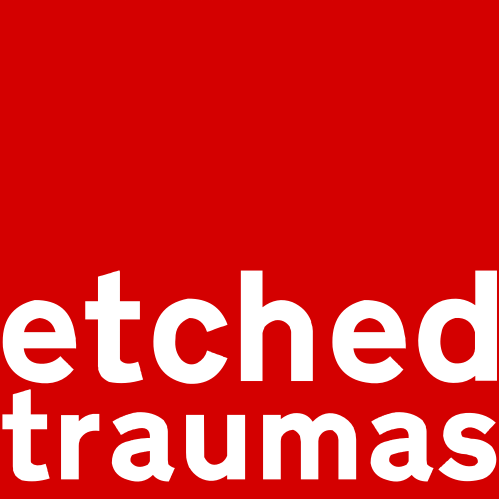 4 tracks that started life as two tracks shared between two artists DS and TN as an Exquisite corpse experiment. Completed during the 2nd & 3rd UK lockdown. Exquisite corpse, also known as exquisite cadaver, is a method by which a collection of words or images is collectively assembled. Each collaborator adds to a composition in sequence, either by following a rule or by being allowed to see only the end of what the previous person contributed. Part 1 - joint track composition Preliminary...
Topics: UK, electronic

Ten Thirty is a duo project born in 2008 and located in France. Inspired by 20th-century classical composers and by ritual chants, Ten Thirty improvise during live sessions dreamlike soundscapes with industrial sounds, field recordings, samples and synthesizers. Most of these paradoxical and enigmatic ballades are regarded as an "acoustic-mental cinema". ET023 An Etched Traumas release 2012
Topics: Dreamlike, soundscape, ritual, France

Etched Traumas presents 'Somber Soul' mini-album of The Electric Poet. 'Somber Soul' is the amalgam of reversed electric sounds, abstract guitars, ambient pads and experimental rhythm patterns.  The Electric Poet hails from the United States and has been recording guitar-based loops for over ten years. Follow him through the wormhole to his weird little world.   soundcloud.com/the-electric-poet  All Music written, recorded and produced by Nico Papoutsakis  Photography by Nico Papoutsakis ...
Topics: USA, electric, abstract guitar, ambient, loop-based

Connecting drone from sketches, prayers, and incantations by the solo pianist Tide Jewel, we present “ Into The Armory Of Doves ”, a sequence of instrumental messages brought about out of years of cosmic abandon, solitude, vertigo, suicide attempts, situational anxiety, and what is historically referred to as “acedia”. This work unites a unique menagerie of influences including Haibane Renmei (created by author Yoshitoshi Abe) and Sylvia Plath poems (selected favorites include 'Flute...
Topic: ambient

We are more than happy to release Orillion project by Toni Dimitrov and Jared Sagar. ' Orillion ' consists of four drone ambient tracks with subtle electronic ambient patterns and field recorded metallic and natural sounds. The work is dominated by the dark feeling, which is intensified by both eerie metal sounds and eccentric sounds. However, the large depth of field sounds acts as a factor that adds warmth to the tracks. Sounds close to us such as the running water, the beautiful ambient...
Topics: ambient, drone, soundscape, field recordings

Born in Sgo del Estero, Argentina, Daniel Abdala is an electronic musician, composer, producer, guitar/bass player, and singer. Turvia is his main project. It began in 2005, as an industrial-rock oriented band but it evolved forward to become an electronic solo project, with influences of noise, ambient music, synth-pop, experimental and a touch of gothic/esoteric art. His music is trippy, with elements such as mid-tempos, raw landscapes, and twisted voices, but all warped in ethereal melodies....
Topics: Ambient, Argentina, experimental, electronic

Etched Traumas is proud of releasing the first EP of the wolfgirl liberation. 'The Lighthouse' realm consists of highly emotional strings arrangements, resonant sounds, brilliant use of field recordings and exploratory acoustic and electronic ambient  instruments.  There's an evolving hope in all tracks despite the obvious ominous ambience. For example in the track 'Planet Earth I Love You' a certain amount of time and effort are required before the fragmented rays of light can be visible and...
Topics: uk, ambient, hope, electronic