Pieces and Bits: Another way of saying Mixing it up.

This episode initially released 30 May 2020 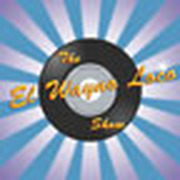