It took 14 months longer than intended to get this episode done! To make up for it, I've unintentionally ended up with enough time of me talking to almost make up a minimal-useful-sized episode every month while everyone's been waiting.

Today's episode of "Thoughtkindness" consists of:

After revealing what ticked me off and made me start on this episode, I launch into a short technical and historical talk about the handful of audio and video files that matter on the web today.

I conclude by once again begging for attention and foolishly publically announcing that I want to try to develop some software and invite everyone to pester me for it as well as for future audio shows. Maybe I won't be allowed to procrastinate for another year before producing more this time.

Let me know if this is helpful or at least entertaining...

Note: an Opus version of this episode will be available at http://hpr.dogphilosophy.net for either online listening in Firefox 15 or later, or downloading for listening in VLC or other Opus-supporting applications. 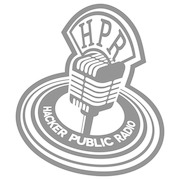 Uploaded by HackerPublicRadio on February 27, 2016