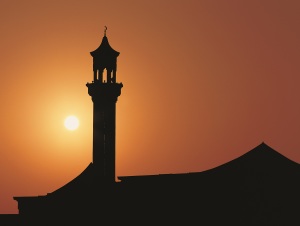 Uploads from the general users of ARCHIVE.ORG related to Islamic culture, studies and related subjects.

DESCRIPTION
Uploads from the general users of ARCHIVE.ORG related to Islamic culture, studies and related subjects.
From the Wikipedia entry for Islamic Studies:
Islamic studies refers to the academic study of Islam. Islamic studies can be seen under at least two perspectives:
From a secular perspective, Islamic studies is a field of academic research whose subject is Islam as religion and civilization.
From a traditional Islamic perspective, Islamic studies is an umbrella term for the "religious sciences" ('Ulum al-din, distinct from non-religious sciences such as mathematics, physics, chemistry, astronomy and philosophy), pursued by the ulama i.e. the Islamic scholarly class.
Ulum al-din
In a Muslim context, Islamic studies is the umbrella term for the "Islamic sciences" (Ulum al-din), i.e. the traditional forms of religious knowledge and thought. These include kalam (Islamic theology) and fiqh (Islamic jurisprudence), Uṣūl al-Fiqh (methodology/principles of Jurisprudence), ḥadīth (traditions), ʿulūm al-ḥadīth (hadith criticism) naskh or al-nāsikh waʾl-mansūkh (abrogations), Usul al-Din (theology), Asma’ al-Rijal (biographies of Hadith scholars), Sirah (Biography (of the Prophet) and Maghazi (Battles of the Prophet).
A subset of the Islamic sciences are `Ulum ul-Qur'an, (the sciences of the Quran), which include "how, where and when the Quran was revealed", and its transformation from an oral tradition to the written form, etc. and Ilm ul-Tajwid (proper recitation), Ilm ul-Tafsir (exegesis of the Quran). (In this context "science" is the translation of the Arabic term for "knowledge, learning, lore," etc., rather than "science" or natural science as commonly defined in English and other language -- i.e. the use of observation, testable explanations to build and organize knowledge and predictions about the natural world/universe -- and is not to be confused with the scientific work of Muslims such as Avicenna or Nasir al-Din al-Tusi.
The religious sciences/Islamic studies "within Islamic civilization, ... began to take their present shape and to develop within competing schools to form a literary tradition in Middle Arabic" in Iraq in the ninth century CE, according to Oxford Islamic Studies.
In addition to the traditional Islamic sciences, Islamic Studies in the modern Muslim world incorporates more recent fields generally considered secular in the West, such as Islamic science and Islamic economics.
In a non-Muslim context, Islamic studies generally refers to an academic multidisciplinary "studies" program -- similar to other such programs (environmental studies, Middle East studies, race studies, urban studies, etc.) -- where scholars from diverse disciplines (history, culture, literature, art) participate and exchange ideas pertaining to the particular field of study. (According to one Muslim scholar, Hossein Nasr, the difference between traditional religious sciences and secular Islamic studies is that the Muslim sciences "provide all the answers to questions posed by modern western orientalists about the structure and text of the Koran, except, of course, those questions that issue from the rejection of the Divine Origin of the Koran", a rejection "usually hidden under the guise of rationality and objective scholarship. For Muslims there has never been the need to address these 'problems' ...")
Such secular academic programs often include the historical study of Islam: Islamic civilization, Islamic history and historiography, Islamic law, Islamic theology and Islamic philosophy. Specialists in the discipline apply methods adapted from several ancillary fields, ranging from Biblical studies and classical philology to modern history, legal history and sociology.
Scholars in the field of academic Islamic studies are often referred to as "Islamicists" and the discipline traditionally made up the bulk of what used to be called Oriental studies. In fact, some of the more traditional Western universities still confer degrees in Arabic and Islamic studies under the primary title of "Oriental studies". This is the case, for example, at the University of Oxford, where Classical Arabic and Islamic studies have been taught since as early as the 16th century, originally as a sub-division of Divinity. This latter context gave early academic Islamic studies its Biblical studies character and was also a consequence of the fact that throughout early-Modern Western Europe the discipline was developed by churchmen whose primary aim had actually been to refute the tenets of Islam. Despite their now generally secular, academic approach, many non-Muslim Islamic studies scholars have written works which are widely read by Muslims, while in recent decades an increasing number of Muslim-born scholars have trained and taught as academic Islamicists in Western universities. Many leading universities in Europe and the US offer academic degrees at both undergraduate and postgraduate level in Islamic studies, in which students can also study Arabic and therefore begin to read Islamic texts in the original language. Because Arabic and Islamic studies are generally seen as inseparable in academia, named undergraduate degrees that combine the two are usually still categorized as single-subject degrees rather than as 'joint' or 'combined' degrees like, for example, those in Arabic and Politics. This rationale explains why, because of their heavy emphasis on the detailed study of Islamic texts in Classical Arabic, some institutions – such as the School of Oriental and African Studies (SOAS) in London and Georgetown University in Washington DC – only accept graduates who already have degree-level Arabic and a strong background in the academic study of Islam onto their Masters programmes in Islamic studies. Such institutions will generally direct students new to the field and with little or no Arabic to broader master's degrees in Middle Eastern studies or Middle East politics, in which Arabic can be studied ab initio.