by
Iberoamerican Journal of Medicine

Background: Cancer is one of the most devastating diseases that influence humanity in the modern era. The effect is not confined to morbidity and mortality, but it is also extended to social and economic consequences despite the advancements made in the medical and healthcare fields. The present case overview will focus on the overall long-term assessment of death rates from malignancy from 1960 to 2017 as part of a global study of the mortality trend of this disease.
Methods: Statistical analysis and process control methodologies were used to study the death rate trend over this recorded period using statistical programs platform. A combination of techniques that could be used sequentially after database processing and stratification were used including distribution fitting, descriptive statistics, data fitting mathematical pattern, Gaussian Mixture Model (GMM) box plot and Individual-Moving Range (I-MR) trending chart.
Results: Two-parameter Weibull distribution (or Weibull 2) was the most appropriate that has fitted the distribution pattern of data and used for the construction of the process-behavior chart. The last two decades of the dataset showed a progressive decline in the mortality rates, which were almost linear with a higher magnitude of a negative slope than that of the initial rising pattern from 1960 until the 1990s. The hump-shaped trend showed underlying two distribution clusters: An initial distribution (I) of 81% of data of higher average mortality rates and minor one (II) that covers the last decade of monitoring record.
Discussion: A significant improvement in cancer healthcare was witnessed with a noticeable breakthrough in the last decade in the USA. 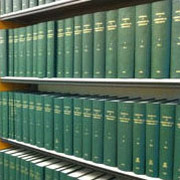 Uploaded by iberoamericanjm on April 23, 2020