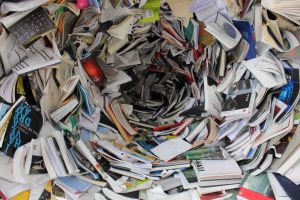 Front and back covers of the November 1915 issue of Popular Science Monthly Magazine. While Europe was at war from  1914 to 1918, the U.S. entered the war in 1917, but the war overseas was still covered by P.S.M.M. nonetheless! The "War to End All Wars" was called "The Great War!" Only when World War Two started did they rename it as World War One as an afterthought?
Topics: Popular Science Month Magazine 1915, The Great War, First World War, World War One, WWI, Wartime...

A collection of Elvis-related magazine covers.

Features Editor: David South In 1996 Id Magazine, an Ontario, Canada biweekly, was expanding and needed to improve the quality of its journalism, while making the difficult shift to being a more consistently professional offering. I was hired as Features Editor and set about quickly assembling a team of investigative journalists. My strategy involved targetting stories overlooked by Canadian newspapers and TV news. This led to a number of firsts, including an extensive investigation into...
Topics: id magazine, 1996, Guelph, Ontario, Canada, features editor, David South, pop culture, news, the...

Well, if you want to try and " break the Internet " , this would be the way to go. The Paper magazine cover photos released two Tuesday with Kim Kardashian (and her famous rear) front and center for winter edition . In a picture, television star has his back to the camera and her bare butt on full display , greased up ( see the NSFW picture here ) . In the other, which you can see below , she is wearing a black dress and image " Champagne Incident" to recreate French...
Topics: Kim Kardashian butt, Kim Kardashian nude

Popular Science Monthly magazine was founded in 1872. Front covers are shown for P.S.M. as well as for Popular Mechanics Monthly, Scientific American and Mechanix Illustrated too. Wartime issues such as 1914 to 1918 as well as 1939 to 1945 issues came out with patriotic themes showing the Air Corps, the Army, the Coast Guard, the Marines and the Navy.
Topics: Mechanix Illustrated, Popular Science Monthly, Scientific American, Popular Mechanic Month, \ly,...

Editor-in-Chief: David South In 1994 a huge schism had grown in Canada between youth and the wider media. Young people were not reflected anywhere and their views were ignored. That is, until Watch Magazine exploded onto the streets of Toronto and into the halls of the city’s high schools. I was hired by Youth Culture to be the Editor-in-Chief for this unique business: a magazine staffed by high school students but covering the wider worlds of pop music, culture, fashion, politics and the...
Topics: Watch magazine, toronto, Canada, Ontario, 1994, youth culture, pop culture, editor-in-chief David...

Yugoslavian Computer Magazine Cover Girls of the 1980s-90s Računari was a computer magazine of the former Yugoslavia which lasted from 1984 until the late 1990s – surviving the economic turbulence and wars of the 1980s-90s, and even outlasting the country itself. The title simply means “computers” in Bosnian – and its content was just that: very bland, very technical, nothing flashy… but its covers were another matter entirely. Despite the very low-key tech content, the guys at...
Topics: Computer, Magazine, Cover, Sexism, Woman, Nerd

DESCRIPTION
Just the covers, please! Collections of just covers (and occasionally, content pages) of various magazines over the decades, provided for research, memories, and reference.
ACTIVITY