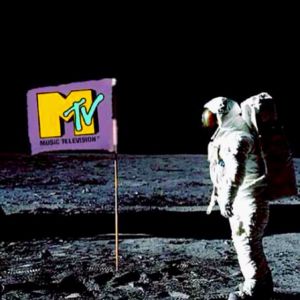 It Was Once Music Television

Artist: Nine Inch Nails Video: Broken Notes: Broken is a collection of music videos from the album of the same name with faux-snuff interludes to tie things together. The video as a whole was a conceived by Trent Reznor and Peter Christopherson - as I understand. Source: The source of this upload is from Trent Reznor's torrent that he uploaded to thepiratebay years ago. There are 5 files in my upload, 4 are untouched original files - the 2x jpgs, img and txt. I have remuxed (not reconverted  =...
favoritefavoritefavoritefavoritefavorite ( 9 reviews )
Topics: nine inch nails, peter christopherson, trent reznor

A group of high-school teens are the products of government employees' secret experiment. They are the genetic clones of famous historical figures who have been dug up, re-created anew. Joan of Arc, Cleopatra, JFK, Gandhi, Abraham Lincoln and more are juxtaposed as teenagers dealing with teen issues in the 20th century.
Topics: clone high, nelvana, vhs

It Was Once Music Television
NIN Live Music Archive
movies

(Archive of authorized Nine Inch Nails fan recordings found on ninlive.com) The NIN Drive began in late 2008 during the massive Lights in the Sky tour. The idea was to compile a single database of all available NIN live audio sources onto an external hard drive, each of the lowest generation and with the most information possible. This project exists due to the efforts of multitudes of collectors and tapers; the result is a live NIN audio collection currently totalling over 530 gigabytes which...
Topics: nin, nine inch nails, nin drive, ninlive.com, trent reznor, music, industrial, live
Source: torrent:urn:sha1:3422b43192ac692459b653a6fde187491574ab54

It Was Once Music Television
MTV - September 1993
by MTV
movies

A recording of Long Island MTV, recorded in the third or fourth week of September, 1993. Recorded at EP speed with mono audio. Transferred about an hour ago with a Sony SLV-D350P VCR/DVD combo for playback and a Toshiba D-R410 DVD recorder for recording. Enjoy the laughably horrible commercials. Video cuts in from a different recording (which you can watch here ,) which is why the first video is incomplete.        Index of content (bold is a music video, underline is anything else that...
favoritefavoritefavoritefavoritefavorite ( 3 reviews )
Topics: music television, mtv

It Was Once Music Television
Music Folder - Documentaries
movies

1981.08.01 MTV First Four Hours Remastered from 12am Saturday August 1st, 1981.  This is a DVD containing remastered Video and Audio of the first 4 hours of MTV. You will find the full DVD which includes menus, chapters, and 2 audio options, his remastered audio and the original VHS. Also included are the 3 video streams extracted from the DVD all of which contain the two audio streams. Be sure to use a video player than can select different audio tracks! Original author is only known as...
favoritefavoritefavoritefavoritefavorite ( 5 reviews )
Topics: mtv, 80s, 1981, dvd, vhs

It Was Once Music Television
Nickelodeon - July / August 1996 WOC
movies

It Was Once Music Television
MTV: Elvira Halloween Special
by MTV
movies

It Was Once Music Television
Yo! MTV Raps - Mixtape / Compillation
by Ted Demme
movies

Original Description: This consists of 3 discs. They are from December 31, 1987 running from 7:00pm EST. through 12:03am EST. on New Year's Day 1988. The quality is pretty good and includes commercials. It starts with song number 42 in the top hundred countdown and counts it down to 1 right before midnight. I didn't have a chance to break down everything included, but it has all commercials and bumpers.
favoritefavoritefavoritefavoritefavorite ( 1 reviews )
Topics: MTV, 1987

Ed Bellamy ( Jack Noseworthy ) discovers that as part of a childhood medical experiment, a microchip was implanted in his brain which will kill him on his 21st birthday. With new friend Maria Cavalos ( Lisa Dean Ryan ) in tow, and Agent Winston ( Whip Hubley ) trying he hunt him down, he treks across the USA in search of the elusive Dr. Heisenberg, in hopes that he can reverse his fate. Dead on 21 aired on MTV from 1994-95, garnering initial hype that fizzled quickly. Instead of being fully...
Topics: MTV, Science Fiction, Jack Noseworthy, Whip Hubley, Lisa Dean Ryan, William Morgan Sheppard, Adam...

A vintage VHS recording of "Nirvana Uncut Unplugged". This is technically part 1 of 2 since this tape also contains Live and Loud as well as some MTV footage.  Tracklist (as spelled on the tape): 1. About A Girl 2. Come As You Are 3. Jesus Doesn't Want Me For A Sunbeam 4. The Man Who Sold The World 5. Pennyroyal Tea 6. Dumb 7. Polly 8. On A Plain 9. Something In The Way 10. Plateau 11. Oh Me 12. Lake Of Fire 13. All Apologies 14. Where Did You Sleep Last Night? Sony Music Studios,...
favoritefavoritefavoritefavorite ( 2 reviews )
Topics: Nirvana, Unplugged, MTV, VHS. Bootleg

It Was Once Music Television
Daria from MTV
movies

The State - Season 1 - Restoration Project - MP4 Video Size: 480x380 The State was a sketch comedy show that ran from 1993 to 1995 on MTV. The DVD release of the show (http://www.thestateondvd.com/) was released in 2009, but, for copyright reasons, without much of the original soundtrack. This project is intended to restores most if not all of the original music by combining segments of audio from VHS rips with higher quality audio and video ripped from the DVDs. Although this restoration...
Topics: mtv, state, comedy, 90s, 1993, sketch comedy, cable

Here's another full go-through of a T-120 tape. This one is from 1989 and features some music videos, visits from Roseanne, and some cartoons. 1. NIGHT TRACKS—Superstation TBS—c. July 1989 A recorded-in-progress compilation of tunes from the late night music video block, which was TBS' response to the success of MTV. This has 38 minutes worth of commercials. As a side note, Ted Turner, who owned the Atlanta superstation, briefly attempted to compete against MTV via the launch of the Cable...
Topics: TBS, WABC, WNBC, Roseanne, Night Tracks, Saturday Night Live, Tom & Jerry, Popeye, Flintstones

Here's the 1996 VMAs, complete with Opening Act (the pre-show) and Post Show, along with about 12 minutes of music videos afterwards from the night's winners.  It's divided into two DVDs: one with the main awards show (3:00) and one with the pre/post shows and bonus videos (1:32, 0:30, 0:12).  The video is soft but extremely clean, and though the tape's audio was unfortunately a little muffled.
favoritefavoritefavoritefavoritefavorite ( 1 reviews )
Topics: MTV, 1996, Video, Music, Awards, VMAs

It Was Once Music Television
jackass Specials
by MTV
movies

Here are the  Specials that aierd on MTV and plus TOO HOT FOR MTV
Topics: jackass, MTV

https://www.youtube.com/watch?v=u5u7cr_KqjY For those that can't or would rather not torrent.
Topics: clone high, MTV, Nightowl Studio

It Was Once Music Television
KISS: MTV Unplugged
by PolyGram Video
movies

It Was Once Music Television
MTV: Spring Break 1986
by MTV
movies

It Was Once Music Television
MTV 2000 And Sex Specials
movies

It Was Once Music Television
Musikladen - Beat Club Studio - The Best of ABBA - March 31, 1976
movies

It Was Once Music Television
VH1's Heavy: The Story Of Metal
by Viacom
movies

An episode of TRL from 2001. Includes a few minutes of VJ for a Day.
Topics: mtv, trl

It Was Once Music Television
aeon_flux_S03
movies

It Was Once Music Television
MTV: Top 100 Video Countdown with VJ Kevin Seal
by MTV
movies

Yea, I know game shows on MTV is what help ruin it and thus our lives (hey MTV LITERALLY saved my life so many times and music,videos and radio etc. in general! I am SO THANKFUL! I consider this my DUTY to preserve and share it!) but it IS MTV and within my date ranges (pre 2001). Heck, I've seen rare promos for stuff that I never knew about and/or Randee of the Redwoods Johnny the Cab Driver,movie trailer on a clip that I thought would be crap soooo YOU NEVER KNOW! Enjoy! ~CW~
Topics: 90s, tv, game, show, woc, late night

An episode of TRL. Includes a few mins of The Blame Game.
( 1 reviews )
Topics: mtv, trl

It Was Once Music Television
Cartoons - Nicktoons, Boomerang, MTV, The Hub
movies

DESCRIPTION
On August 1, 1981, the world was introduced to Music Television.
After airing a numerical countdown, MTV began with the words “Ladies and gentleman, rock and roll.”
In the decades since, MTV has made the transition from music videos to “TRL” to “The Hills” to “Catfish,” and it’s now more of a home for reality television than for music’s latest visuals.

Title
It Was Once Music Television