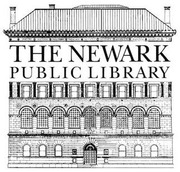 Newark School Photographs, originally a Newark Board of Education collection, consists of four drawers of small-format photographs. Most are 3" x 5" black and white prints. The bulk of the photographs date from the 1940s to 1960s, with earlier photos included&nbsp; with many during World War II. The full collection has been digitized. The photographs include images of schools, interior and exterior, and include classrooms, libraries, cafeterias, and playgrounds, among other...

This is a collection of documents from various departments of the City of Newark. For now, the majority of documents are from the Newark Housing Authority, which worked to manage public housing, the Newark Central Planning Board, the Newark Department of Health and the Newark Human Rights Commission, and its earlier name the Mayor's Commission on Group Relations, which worked to prevent discrimination. You can read reports and newsletters from these departments, as well as all other kinds of...

This collection consists of Newark city directories from 1835-1957. https://npl.org/collections-services/charles-f-cummings-new-jersey-information-center/

This collection contains Newark Maps that document the history and evolution of this city. The library has more maps in its collections in the Charles F. Cummings New Jersey Information Center (most Newark maps are here), which are open for public view (e-mail njreference@npl.org, as many non-Newark maps and geological surveys are held offsite). Since 1666 the city of Newark has continued to grow and change, as seen in these maps.

The Islamic and Oriental manuscripts are part of the Richard C. Jenkinson Collection in the Special Collections Division of the Newark Public Library and includes The Foliophiles Oriental Collection, as well as Qu'rans and loose leaves. “The Oriental Manuscripts and printed books represented in this portfolio have been gathered from many sources, as will presently be shown, and are fairly representative of the progress of the art of writing, and to a lesser degree of printing, throughout...

Maxine Lisboa was researching the history of ASPIRA, Inc. for her doctoral dissertation and donated her research materials.

The Edward Colonna Collection is part of the William J. Dane Fine Prints Collection in the Special Collections Division of The Newark Public Library. The collection of drawings was given to the Library by the artist in 1923. The collection consists of drawings, information files, photographs, and a copy of Essay on Broom Corn. The large cache of drawings, photographs, and correspondence housed in the Newark Public Library is a primary source of information about Edward Colonna’s life and...

The medieval manuscripts are part of the Richard C. Jenkinson Collection. This collection includes Otto Ege's Fifty Original Leaves from Medieval Manuscripts. The collection also contains leaves from rare 15th century manuscripts of Livy’s History of Rome, Thomas Aquinas’s Commentary on the Sentences of Peter Lombard, and the Dialogues of Gregory the Great. https://npl.org/special-collections/

City News was a newspaper based in Newark, focused on the African American experience. Digitized issues span 1990-2002.

The Hispanic Bar Association of New Jersey (H.B.A.-N.J.) was founded in 1980 (formerly The Puerto Rican Bar Association) to represent the voice of Hispanic lawyers, foster a more diverse legal landscape, and to help address issues affecting the Hispanic community and Hispanics within the legal profession.

This collection contains a selection from Roy Norris and his work with the New Jersey Urban League.

Born in Alabama, Gus Heningburg came to Newark as the President of the Greater Newark Urban Coalition in 1968. From that time, he was heavily involved in all kinds of activism in Newark especially housing; he arbitrated the Stella Homes Rent Strike. He was also active in the area of education.

In 2000, Julio M. Fuentes was the first Puerto Rican/ Latino appointed to the federal 3rd Circuit Court of Appeals.

Maria Vizcarrondo is the first woman and Latina to become the President and CEO of the United Way of Essex and West Hudson.

The Newark Community Project for People with AIDS incorporated in 1988 to help people in Newark dealing with AIDs. They worked on AIDs education, prevention, and fundraising. In this collection you can see fliers from their events, read their minutes and more!

Community organizations are working everyday to help make Newark and the surrounding areas a better place! In this collection are newsletters from some of these organizations which show some of the work they do every day. npl.org/njroom

This collection consists of minutes, reports, fliers and other documents from the community organization: Tri-City Citizens Union for Progress (the majority of the paper collection: MG Nwk TCCUP). Tri-City was founded in 1966 to work in Jersey City, Newark and Paterson and continues to be active in Newark today!

This collection consists of items from the papers of Newark activist and historian Robert Curvin.

This collections consists of items about, or published by, the Newark Police Department. It includes arrest records and various other documents.

HUD Tenants Coalition has advocated for the rights of tenants since 1981.

This collection contains various reports, minutes and other material on the Business and Industrial Coordinating Council (BICC) which worked to address inequality in job opportunities.

This collection consists of selected materials from the Doug Eldridge Collection, mostly items related to the United Community Corporation and Eldridge's work in the community.

In 1885, Colonna started a new job as chief designer for the Barney & Smith Manufacturing Co. of Dayton Ohio. The high point of Colonna’s career in Dayton was the publication of two small books containing some of his early designs. The first book was titled, Essay on Broom Corn and the second was Materiae Signa, Alchemistic Signs of Various Materials in Common Usage. Nearly the entire stock of Essay on Broom Corn was destroyed in a warehouse fire; fortunately, the Newark Public Library...
Topics: Colonna, Edward, 1862-1948, Decoration and ornament--Art nouveau, Design
Source: Edward Colonna Collection

In 1987, Luz Cardona began the process of incorporating the newsletter La Hispanidad.

This collections consists of images of Newark in 1916 and 2016, side by side.

This collection contains a selection of materials from distinguished Newark citizen William Ashby who lived to 101. Mr. Ashby worked for the Urban League.

From two Arabic Manuscripts: 1, a 15th Century book of Islamic devotions; 2, a modern Algerian Qur'an. The former (the smaller leaf) is a splendid example of the style of calligraphy known as Maghrebi, a picturesque script that has been employed for centuries in Algeria, Morocco, and throughout North Africa generally, with the exception of Egypt. Such manuscripts are nearly always decorated, or at least rubricated, and possess a barbaric beauty that gives Maghrebi a unique position among the...
Topic: Manuscripts, Arabic

This is a small collection of digital photos of Mayor Sharpe James donated to the library by the City of Newark. The photos show the Mayor at various events around the city.

The Latino Oral History Collection is a curated collection compiled by the New Jersey Hispanic Resource and Information Center (NJHRIC).

Illuminated Book of Hours. Originally used for Personal Prayer and Devotion. Book of Hours; First section written in Latin; Second section written in French; Book could have originally been two separate books, then bound together for an unknown purpose; Some pages have been cut out; The original owner was most likely a wealthy woman.
Topics: Manuscripts, Medieval, Book of Hours--France--Illustrations, Illumination of books and manuscripts,...
Source: Medieval Books

Note from professor Brendan O'Flaherty: Notice that it has no source; it's just what some church people think is going on. That would be ok if there were no other source of data. But the 1910 census was a pretty good job, and includes both first and second generation. And for the really ambitious, the manuscript census data is available and digitized and somebody could produce a house-by-house map. From the 1910 census, I can see some errors in the beloved 1911 map. The most obvious is in the...
Topics: Newark (N.J.), Maps, New Jersey, Maps, Newark (N.J.)

Don't let this happen to you!: ""Sorry folks we ain't got a thing left...!!"" Tune in and turn on with the Newark Human Rights Commission.
Topics: Newark (N.J.), Race relations