Franklin Thomas argues that our society has two instincts or capacities: to be mean-spirited, discriminatory, and exclusionary or to be generous, embracing, and democratic.

Clearly, Thomas (struggling to keep hope) was troubled by the shift toward mean-spiritedness during the early Reagan years. Here, he advocates for moderation and nobler intentions just as Reagan was beginning his second term in office.

(For some ironic context: Bush Sr. would later call for a "kinder, gentler America", Clinton would dispose of "welfare as we know it", and Bush Jr. would espouse "Compassionate Conservatism".)

During the interview, Thomas holds hope that the retreat from advances made under the auspices of Johnson's Great Society would be only minor and temporary and that a better intentioned instinct would assert itself through the power of our government's checks and balances.

This film would be a good document to study for anyone interested in the rise of the political right under Reagan, and the cautious, almost accomomodating reaction of its opponents in the mid 1980s.

- police brutality and mass demonstration in Philadelphia at the time of the police bombing an African-American neighborhood for the purpose of evicting MOVE.

- Economic inequalities and the social contract. 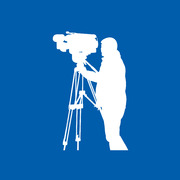