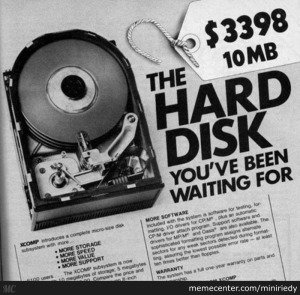 As older software falls out of accessibility, various groups and individuals have created large compilations of wide ranges of titles and works, resulting in often-very-large compilations that are then accessible in bulk. Some are well-maintained catalogs while others are simply mega-size archive files. This collection compiles the compilations into one place.

https://www.kickstarter.com/projects/neofid-studios/astebros https://neofid-studios.com Astebros is a new Sega Genesis/Megadrive Roguelite multiplayer game taking place in the Asteborg universe! It's also coming on Nintendo Switch and Steam ! Take control of three heroes and explore the new continent through randomly generated dungeons in a multitude of different environments! Each new game will be different from the last, but you'll keep some of your precious finds! Alone or in pairs, explore...
Topics: ASTEBROS, DEMO, 2022, Roguelite, Action, Platform, Sega Genesis, Megadrive, Sega, Rom, Video Game,...

These are the utilities that come bundled with the ATI VGA Wonder XL.  With this utility, you can: 1. Set I/O and ROM to be either 8-bit or 16-bit. 2. Enable or disable the bus mouse interface. 3. Change video modes and monitor type. 4. Install the resident VESA video mode driver (as it was too large to be in ROM). I have also included a batch file, "132x50.bat" which allows the card to run in 132x50 at the DOS prompt.  Some programs play nice with it (mTCP for example), while some...
Topics: video card, driver, dos, utility, software, program, ati, vga wonder

We are happy to announce that we are working in collaboration with March42 and  GamingLegend64 to preserve a total of over 150 prototypes spanning across various systems (Nintendo 64, GameCube, Dreamcast, PS1/2, PC, and more). These were secured from the "Uncle Duffy Collection". Duffy was a former employee of Acclaim who, unfortunately, passed away two years ago. Since then, his family has started selling off his game collection. Due to the large volume of data, these releases will...
favoritefavoritefavoritefavorite ( 1 reviews )
Topics: Nintendo 64, Prototype, Development, Debug, Quality Assurance, N64, Acclaim

Action 52 Owns is a collaborative remake of the infamous unlicensed NES game Action 52. The project was never completed, but this archive represents all known extant games made, including ones that weren't included in the launcher collection. Also included are videos and still images of several games made for the project that are currently lost.
Topics: action 52, cheetahmen, active enterprises, fangame

A collection of Adobe Flash games, ripped in their original .swf formats. Some of these games you may remember if you grew up in the early 2000's!
Topic: adobe flash games

A collection of various adult-oriented videogames, ranging from arcade games with x-rated graphics to role playing games and visual novels. Dating over a 20 year period, all for DOS and Windows machines.

This patch adds the Color Hack of Aladdin, for Genesis / Mega Drive (made by Ediney Lopes), to the Aladdin-Remix edition of the game (also called “Final Cut edition”), released in 2019 by Disney for modern devices, for download, as part of a small Aladdin+Lion King collection. This is the first version of this hack that removes the Portuguese translation, made by JVS Games, included in it, which was impossible not to get this hack with. That is: if this patch is applied to an original Remix...
Topics: Aladdin, Gen, Hack

About: A total conversion scifi scenario by John Mavin inspired by Sid Meier's Alpha Centauri game. Mod files repacked in 7zip by Blake. Successfully tested in Civ2 MGE. This scenario and some other amazing ones by John were totally lost to the world, but have now been rescued by Blake after he was able to successfully track down John. More details about this awesome treasure find here: https://forums.civfanatics.com/thre...-dustin-dunns-civ2-site.669203/#post-16106476 File added to this area...
Topics: Civ2ModCollection, Civilization 2 Mod, Civilization 2, Civ 2, MGE, Civilization Games, Alpha...

Remastered version of American McGee's Alice featuring native widescreen resolutions, controller support, updated character textures, and compatibility fixes for modern systems.  This game was bundled with Alice: Madness Returns as a pre-order bonus and as part of The Complete Collection. The developer console (~) from the original game is completely disabled in this remaster as a means to prevent cheating, however, this means modifying CVars and fine-tune other settings in-game is no longer...
favoritefavoritefavoritefavoritefavorite ( 1 reviews )
Topics: American McGee's Alice, alice, remastered

COVERDISKS: Oh yes indeed readers. Once again Amiga Action causes the jaw of Norris McWhirter to hit the floor as we strive to bring you another bout of record-breaking value for money - and this month you can do your bit for charity too! Yep, on one of our four (THAT'S FOUR!) disks lies Titus's excellent platform game,  Blues Brothers , in its entirety. All you have to do to play it is send a small amount of money as instructed, most of which goes to numerous good causes through Comic Relief....
Topics: amiga, magazine, coverdisks, amiga coverdisks, software, game, games, amiga action

The Amstrad CPC (short for Colour Personal Computer) is a series of 8-bit home computers produced by Amstrad between 1984 and 1990. It was designed to compete in the mid-1980s home computer market dominated by the Commodore 64 and the Sinclair ZX Spectrum, where it successfully established itself primarily in the United Kingdom, France, Spain, and the German-speaking parts of Europe. The series spawned a total of six distinct models: The CPC464, CPC664, and CPC6128 were highly successful...
Topics: Amstrad, CPC, Colour Personal Computer, CPC464, CPC664, CPC6128, Amstrad MP1, Floppy Disk, ROM,...

The most curated, hand-tested English romset for the Amstrad GX4000 game console ------------- PLEASE NOTE: I am currently in the process of going back and updating my old game sets with newly discovered games, prototypes, and English translations. They will be better organized, and a Language Pack will be available for all systems. Follow my socials or join the Discord channel to watch for updates as I complete them mid-2022! The GX4000 was just a CPC+ home computer made into the form of a...
Topics: amstrad gx4000, amstrad, gx4000, gx-4000, roms, rom, romset, collection, games, gx 4000, video...

Angry Birds is a Finnish action-based media franchise created by the Finnish company Rovio Entertainment . The series focuses on the angry birds who try to save their eggs from green-colored pigs, their enemies. Inspired by the game Crush the Castle , [1] the game has been praised for its successful combination of fun gameplay, comical style, and low price. Its popularity led to many spin-offs ; versions of Angry Birds created for PCs and video game consoles , a market for merchandise featuring...
Topics: Angry Birds Collection, Angry Birds

Each flash game has its own exe in this collection.
Topics: cartoon network, exe, games, flash, swf

QWK Packets Collection, assembled by Andrew Roughan, from June of 1996. Thought to be of several Apple 2 newsgroups.

Arctic Thunder (USA) XBOX_HDD_READY hang on loading fix.  This contains the missing files from the 'game' folder. Files were extracted straight from the disc via DVD2Xbox. The main game can be found in:  https://archive.org/details/XBOX_HDD_READY . Merge the game folder to use. If using a v1.6 Xbox, an additional script is needed to patch the complete game to get it to display properly in HD mode: https://www.youtube.com/watch?v=PZzFDJrN7W8 Download the scripts in the description and run them...
Topics: Arctic Thunder, Xbox, XBOX_HDD_READY

This is the highly sought after Aristocrat MK6 emulator that allows you to play authentic Aristocrat slots through an emulator that leaked years ago. This pack includes dozens of original Aristocrat games (some working, and non-working) such as; Mr. Cashman's African Dusk, Buffalo, 50 Lions, 100 Lions, Miss Kitty, Zorro & more! If you're running a modern system, such as Windows 10 or 11, I recommend running MK6 in a virtual machine running an older Windows version otherwise the sound will...
favoritefavoritefavoritefavoritefavorite ( 1 reviews )
Topics: Aristocrat, slots, MK6, emulator

https://en.wikipedia.org/wiki/Art_of_Fighting_2#Art_of_Fighting_2_(1994) Art of Fighting 2 was released in 1994. The second installment in the Art of Fighting series added the "rage gauge"; similar to the "spirit system" of its predecessor, it limited the use and effectiveness of special attacks. The game's story is set a year after the original in 1979. Geese Howard , a rising star in South Town's criminal underworld, summons all 12 fighters both veterans and newcomers to...
Topics: Art of Fighting 2, Ryuko no Ken 2, 1992, Fighting, Arcade, SNK, Rom, Video Game, Game, Retrogaming,...

This is a collection of character cards for the eroge Artificial Academy 2, backed up from the card database at no-info.no-ip.info. This collection represents nearly every card made for the game by the Western community, containing over 27,000 cards and over 3,000 eye and highlight textures made between the game's release on June 13, 2014 to October 1, 2016. This is being uploaded to preserve the community's effort in making so many cards over the past two years, and to prevent the loss of...
Topics: artificial, academy, aa2, ジンコウガクエン

DESCRIPTION
As older software falls out of accessibility, various groups and individuals have created large compilations of wide ranges of titles and works, resulting in often-very-large compilations that are then accessible in bulk. Some are well-maintained catalogs while others are simply mega-size archive files. This collection compiles the compilations into one place.
ACTIVITY