For the first time the Noble Qur'an, and the translation of its meaning in the Modern English language by Dr Muhammad Taqi-ud-Din Al-Hilali and Dr Muhammad Muhsin Khan, are being presented on audio CD. The beautiful recitation of the Noble Qur'an is done by Sheikh Nadir Al-Qallawi (الشيخ نادر القلاوي), and the translation is read by Bilal Abdul-Karim (بلال عبد الكريم) from USA.

The Noble Qur’an was revealed in Arabic over 1400 years ago for the whole of humanity to the last prophet in Islam, Muhammad (peace be upon him). Written down and recorded as it was revealed, The Noble Qur’an remains unchanged, even to this day. This heart-warming Arabic reading will be appreciated not only by the Arabic speaking Muslims and but people of other faiths as well.

“Verily, We have sent down to you (O Muhammad (S)) the Book (this Quran) for mankind in truth. So whosoever accepts the guidance, it is only for his own self, and whosoever goes astray, he goes astray only for his (own) loss.” (The Noble Quran 39:41) 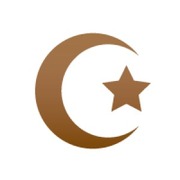 Uploaded by www.TheChoice.one on September 26, 2019