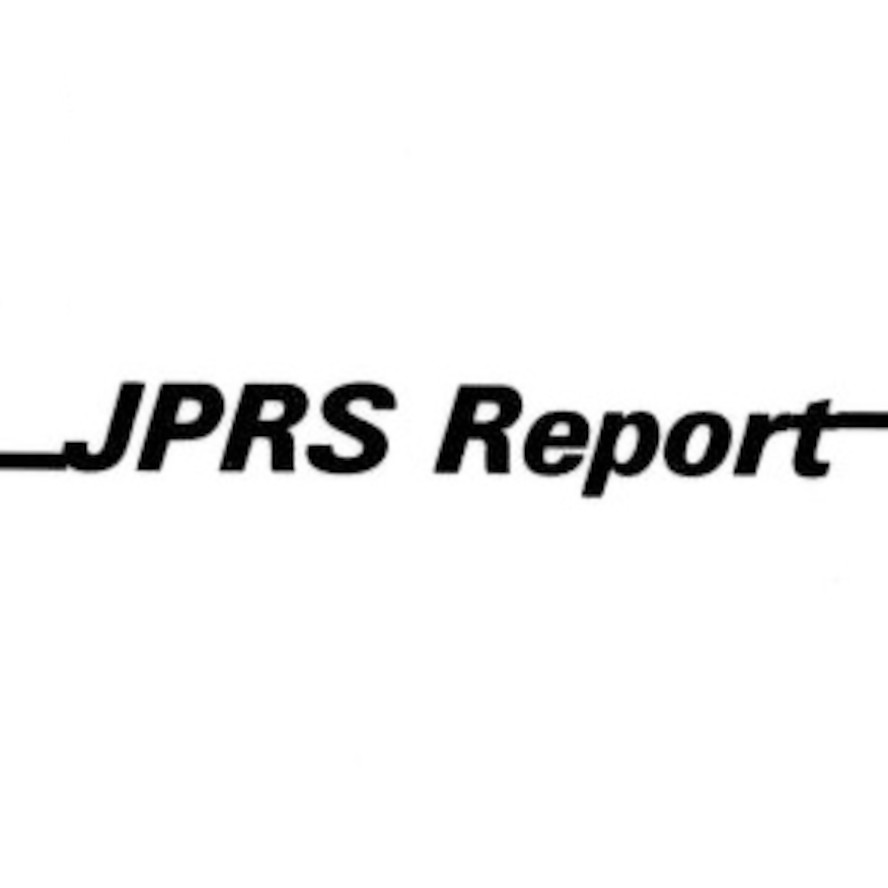 Joint Publications Research Service (JPRS) Reports is a collection of United States government documents published by JPRS, a unit of the U.S. Central Intelligence Agency (CIA). Established in 1957 as part of the U.S. Department of Commerce's Office of Technical Services, the collection contains English-language translations of foreign-language monographs, reports, journal and newspaper articles, and radio and television broadcasts from regions throughout the world.

Prepared by JPRS staffers for use by U.S. Government officials, various agencies, and the research and industrial communities, the translated reports initially concentrated on scientific and technical topics, with an emphasis on communist and developing countries. Over time, this scope was expanded to also cover socioeconomic, political, environmental, health, and military issues and events.

In 1995, JPRS translations were merged with the daily reports of the Foreign Broadcast Information Service (FBIS).

The Internet Archive Collection contains microfiche published between 1980 and 1995.