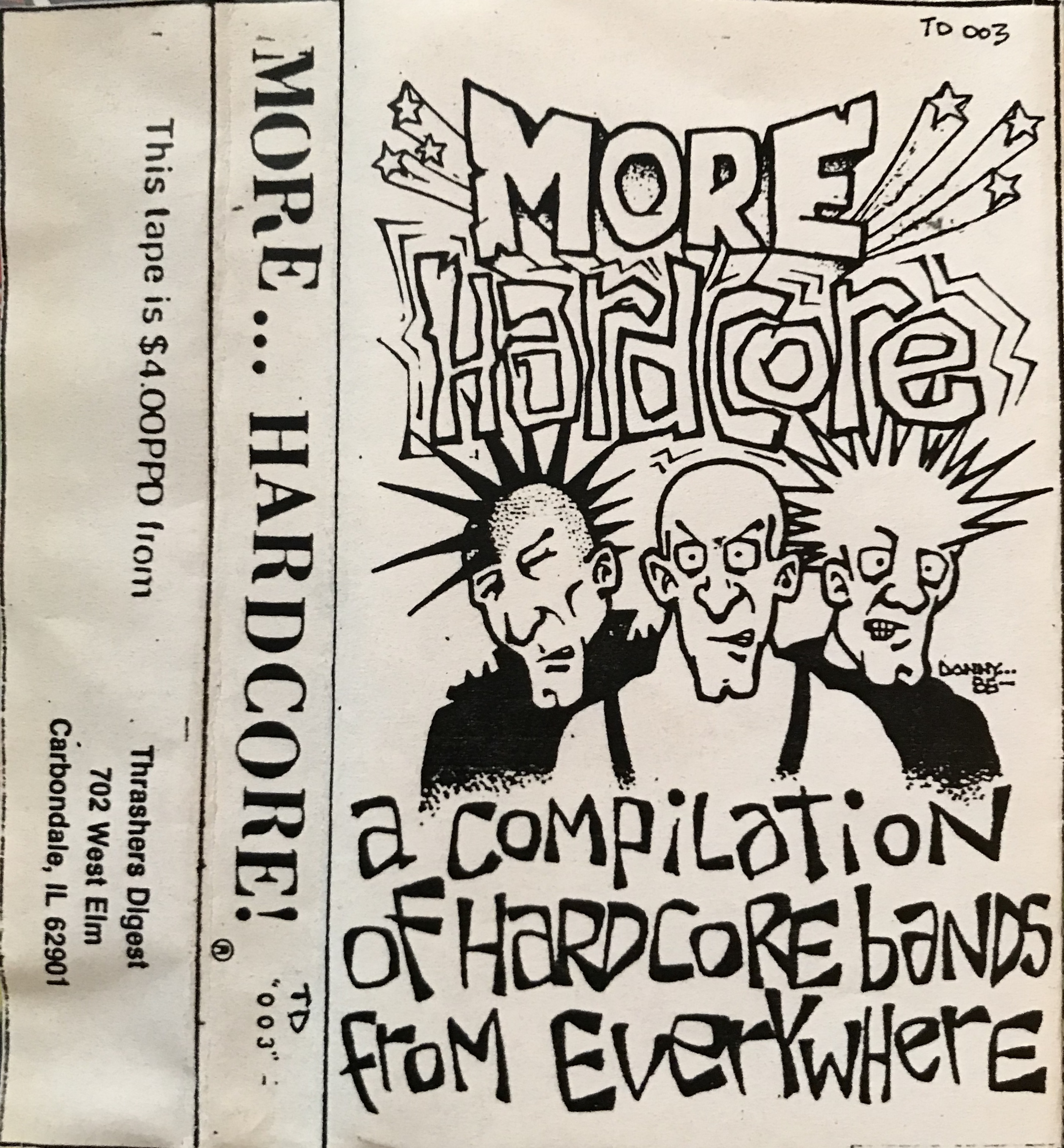 by
The Punk Rock Preservation Project

Looks to be the third release from Thrasher's Digest. The comp is labelled TD-003. There are a tonne of great bands on this tape. Check the track list below!
This is a cassette rip of the compilation. I don't believe this is an original tape but one that came from way back in the tape trading days. It's definitely old but has the same tape/label/writing as another tape I acquired at the same time. I'm guessing you won't find a copy of this easily.. so enjoy this slice of Hardcore history! There are plenty of tracks here that I do not believe have ever made it to the internet. Thrasher's Digest was known for putting bands entire demo tapes on their compilations, or at least a good spattering of songs so you could get a feel for the band. Perhaps some of these are tracks from demo's that haven't surfaced yet.. who knows! The whole tape is a mix of live/studio tracks. Live tracks are not noted on the tape inlay but I have included the note where necessary.
I can't find much information on this tape out there but will document everything I can find at thepunkrockpreservationproject.wordpress.com and have the information transferred back to the archive when complete.

Uploaded by thepunkrockpreservationproject on June 26, 2020