Around the world in 80 cons” - A Perspective Jayson E. Street Senior Partner of Krypton Security After spending 15 years in the hacker / InfoSec community, I thought it was time to pause and look back upon all I have seen, everywhere I have been, all the people I met and everything I have learned. And then share some of that knowledge with people to hopefully help them have a leg up moving forward. More importantly, compare and contrast my experiences and perspectives with statistics we commonly see based on attacks and the countries of origin. Statistics tell one story, perspective tells the other. This is a talk on perspectives. Hackers, and hacking, are perceived differently around the world and, in turn, some view our community and what we do with different eyes than ours. I believe most reports/papers we (Americans) see about that topic are skewed and never give an accurate global image. Taking a very small dose of reality and comparing it to what we're subjected to, is interesting. Being a foreign hacker attending a con, or delivering an engagement, in an alien land often led to unexpected situations that I will also share. I will also share while searching for diversity in our global hacking culture I found things that united us more than you would expect. I show how no matter what region of the planet you come from we face a threat we all need to face and overcome. Jayson E. Street is an author of “Dissecting the hack: The F0rb1dd3n Network” from Syngress. Also creator of http://dissectingthehack.com He has also spoken at DEFCON, DerbyCon, UCON and at several other ‘CONs and colleges on a variety of Information Security subjects. His life story can be found on Google under “Jayson E. Street” *He is a highly carbonated speaker who has partaken of Pizza from Beijing to Brazil. He does not expect anybody to still be reading this far but if they are please note he was chosen as one of Time’s persons of the year for 2006. ;-) Twitter: @jaysonstree 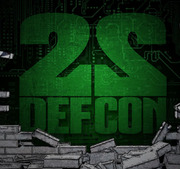