Are the new viewers gone yet?

Good morning Sports Racers it's thursday june twenty two knowledge shark reef. K'rrrrrr. Attention deficit disorder's on the rise. More and more people are being prescribed Ritalin. Tzzzt. Young children are being exposed to media sources that may contribute to this decline in attention span. Tzzzt. They're being exposed to fleeting messages sometimes designed to evoke contradictory emotions. Children are being Tzzzt Th-th-th-they are asked to care about things today th-th-th-that will disappear tomorrow. This problematic media is called: the news.

Yeah, things are looking up.

House Republicans have put off negotiations on the controversial immigration bill and instead will hold hearings around the nation this summer. The hot-button issue which is considered a rallying point for conservative voters will most likely not be settled until after the November elections. Speaker Dennis Hastert seen here when he was tiny said quote "we're going to listen to the american people and we're going to get a bill that is right".

Last week Bill Gates that he's stepping down from his current position at Microsoft as chief software architect. Gates will begin to focus more on his charitable work for the Bill and Melinda Gates Foundation in his quest to rid the world of diseases such as malaria and HIV.

I guess he does have some experience with viruses.

Unofficial plans include giving out booster shots that need to be updated every year for a premium, and the release of a vaccine that will make the patient more vulnerable to other viruses that Gates is also working on the vaccines for. Both vaccines are scheduled to be released in the year twenty four eighty one.

This is Ze Frank thinking so you don't have to.

the show with zefrank 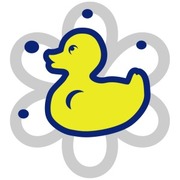 Uploaded by ZeFrankArchive on March 22, 2022